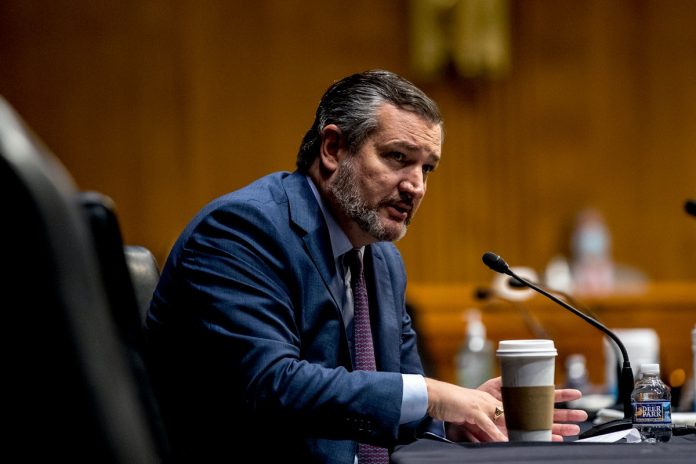 Sen. Mazie Hirono (D-HI) walked out of a hearing of the Senate Judiciary Committee Subcommittee on the Constitution on Tuesday and refused to condemn Antifa — as did the other seven Senate Democrats who had spoken.

The hearing focused on the issue of freedom of speech, and the violence surrounding recent Black Lives Matter protests, especially the riots that have afflicted Portland, Oregon, for the last two months.

Subcommittee Chair Sen. Ted Cruz (R-TX) made a point earlier in the hearing of condemning violent right-wing extremist groups by name, then challenged Democrats to condemn Antifa, which has been involved in some of the violence that has accompanied many Black Lives Matter demonstrations nationwide.

Hirono claimed that Black Lives Matter was standing for freedom of speech, and accused Cruz of not listening to her. “We should all join hands in denouncing. Whatever words you want to use about violent extremism of all stripes, and I think we can all agree on that.”

She concluded: “I hope this is the end of this hearing, Mr. Chairman, and that we don’t have to listen to any more of your rhetorical speeches. Thank you very much. I’m leaving.”

As she left, Cruz replied: “Well, I appreciate the — as always — kind and uplifting words of Senator Hirono, and I would also note that throughout her remarks she still did not say a negative word about Antifa, nor has any Democrat here.”

She replied: “I think that I’ve covered the subject quite well.”

“If you go to campuses today, you will find more advocates for limiting speech than protecting it,” Turley said.