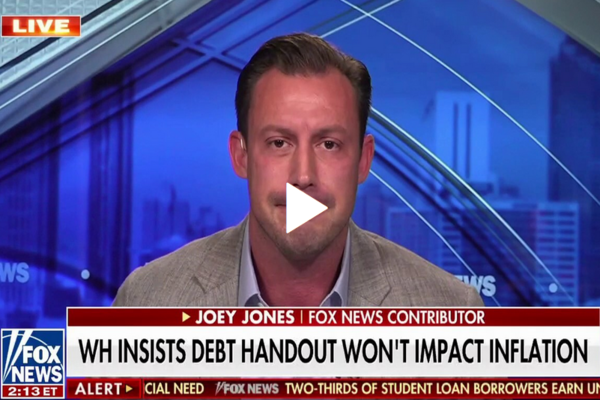 (foxnews) – A rift within the Democratic Party has formed following President Biden’s Wednesday announcement that he was taking executive action to cancel billions of dollars in student debt at the expense of the American taxpayer.

Democrats across the board do not seem able to agree on the action, especially those most at-risk of losing their seats to Republican challengers in this year’s midterm elections.

Of the most vulnerable House Democrats and Senate Democrats up for re-election this fall, only six have openly said they support Biden on the handouts, while seven have spoken out against the plan. The remainder have stayed silent, refusing to respond to Fox News Digital’s request for comment or make any statement regarding their position on the issue.

“I agree that something needs to be done to make college a more affordable option for students and make sure they aren’t burdened by debt for decades. However, this is not how I would have done it,” Schrier, one of the House Democrats opposing the plan, told Fox News Digital.

“I would have liked to see a more targeted approach and a way to pay for this plan. We can use debt forgiveness strategically to channel students into careers where we need help desperately, like mental health professionals, educators and nurses,” she added.

Pappas, another House Democrat that opposes the plan, accused Biden of sidelining Congress from the process and from its role in the budget process.

“This announcement by President Biden is no way to make policy and sidesteps Congress and our oversight and fiscal responsibilities,” he said.

“Any plan to address student debt should go through the legislative process, and it should be more targeted and paid for, so it doesn’t add to the deficit. The president’s plan also doesn’t address the underlying issue of the affordability of higher education, and it is clear that the high cost continues to limit opportunities available to students,” he added.

Cuellar, who supports the handouts, praised the “relief” he said would benefit constituents in his district.

“Today’s announcement ensures that no American has to make that choice. It acknowledges that an education is as vital as our most basic necessities. And it puts hardworking South Texans first—making sure that anyone making less than $125,000 finds federal debt relief,” he said in a press release.

“Let me be clear: This change is not a handout and student borrowers will still have to make monthly payments according to their income levels,” he later added.

According to the Committee for a Responsible Federal Budget, Biden’s plan could cost taxpayers roughly $500 billion over the next 10 years.

“I don’t look at this as a long term or permanent fix in any way, share or form,” she told KMA’s “Morning Line”. “And, if I would have done anything like this, I’d be looking at figuring out how we can make this a better opportunity across the board for everybody by lowering the cost of school, and fixing the student loan rate, in general.”