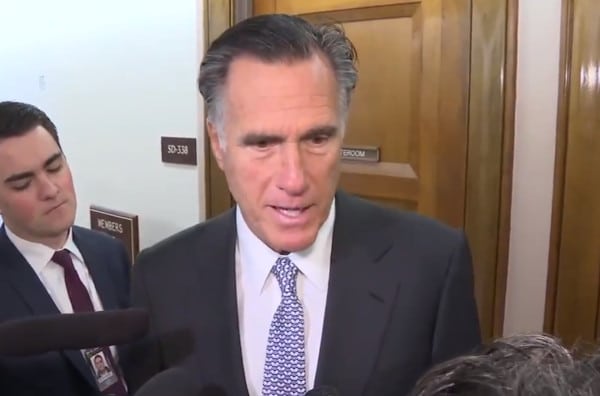 Senator Ron Johnson told reporters on Wednesday that Senate Republicans are entering a new phase of their investigation into Joe and Hunter Biden and their ties to a corrupt Ukrainian natural gas company, Burisma.

Senator Johnson (R-WI) said he will likely release an interim report within the next month or two about his committee’s probe into the Biden crime family, Politico reported.

“These are questions that Joe Biden has not adequately answered,” Ron Johnson said. “And if I were a Democrat primary voter, I’d want these questions satisfactorily answered before I cast my final vote.”

Romney doesn’t want any investigation into Burisma despite overwhelming evidence of a massive money laundering scheme so he is still weighing whether to vote for a subpoena in the probe.

So why would Romney defend the Bidens’ corruption and involvement with Burisma?

Because Romney’s advisor Joseph Cofer Black joined the board of Burisma Holdings while Hunter Biden was also serving on the board.

“There’s no question that the appearance of looking into Burisma and Hunter Biden appears political… We also have a lot of work to do on matters that are not related to Burisma. We probably ought to focus on those things,” Mitt Romney told reporters on Thursday.