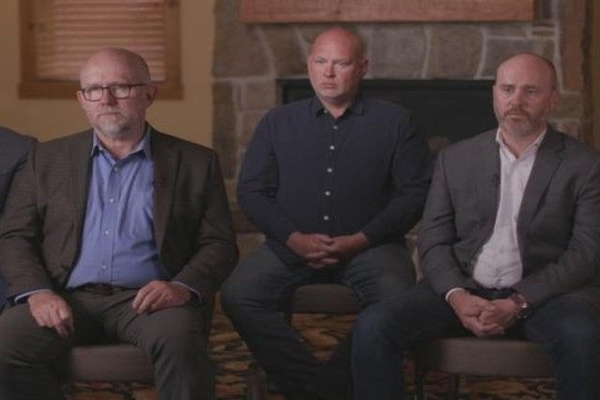 That sounds like a joke. Well, it is, but it’s a joke that happens to be true, and one that perfectly encapsulates just how rotted, corrupt, and dangerous American institutions have become.

Here it all is…

Two lead attorneys at Paul Hastings, an international law firm retained by the Lincoln Project to probe misconduct allegations internally, have donated to the organization before.

The story above is two day old, and for two days I’ve been waiting for the left-wing Lincoln Project super PAC to be laughed off the planet for trying to pull something off as outrageous as this. But all I’ve heard is silence. No condemnations from the political media for the obvious corruption and conflict of interest at work here. Nothing other than a few offhand mentions in a few news articles. Mentions so offhand, it feels like we’re being slow-boiled into believing that hiring your own donors to investigate your own wrongdoing is okay.

In fact, the media barely covered this bombshell news at all.

You see, it’s all part of the wagon circling, how a corrupt American establishment — the Democrat Party, the corporate media, Hollywood, and big tech — protect their own, even when their own are credibly accused of sexual misconduct involving minors, credibly accused of enabling and shielding alleged sexual predators, and credibly accused of running a super PAC that accomplishes none of its goals but does enrich the grifters-in-charge to the tune of tune of tens of millions of dollars.

Unfortunately, this kind of self-investigation is nothing new in the American establishment…

The truth is this, and this is a truth we learned with the Jeffrey Epstein scandal and again with the Lincoln Project scandal, is that that the monsters who populate Washington, DC, and the corporate media are a-okay with child abuse.

We now know that both Epstein and the Lincoln Project were open secrets in D.C., not just in political circles, but also the political media. Everyone knew what Epstein was up to. It was what you call an “open secret.” The same is true of Lincoln Project cofounder John Weaver’s alleged predations. According to GOP consultant Karl Rove, everyone’s known about Weaver since 1988. But…

No one in D.C. cares if children are sexually abused — that is, as long as the abuse is committed by one of their own, or the abuse furthers the left-wing cause — which is why Democrats, too many Republicans, and the media are okay with opening up our southern border, even though doing do so results in the worst kind of sex trafficking of children imaginable.

That’s just who these people are.

Good grief, look at the pig they chose as president.

There’s nothing funny or acceptable about the way His Fraudulency Joe Biden touches young girls, or the credible allegation of rape against him.