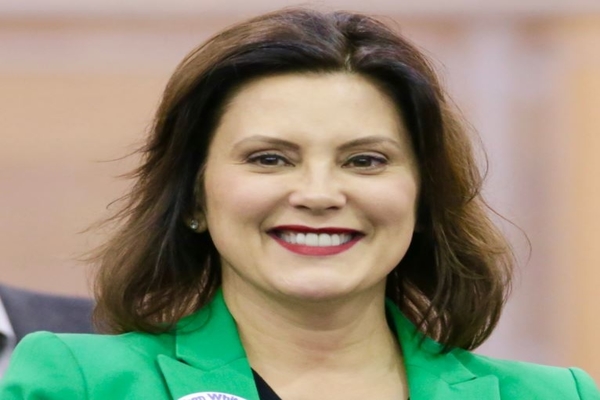 The Republican Governors Association (RGA) is going on offense against Michigan Gov. Gretchen Whitmer (D) after her coronavirus lockdown policies led to the loss of thousands of restaurant jobs.

The RGA said the Get Michigan Working Again PAC is making a “four-figure digital buy” on Facebook and distributing coasters to Michigan bars linking patrons to FireTheDamnGovernor.com, a play on Whitmer’s 2018 campaign slogan to “Fix the Damn Roads.”

“Raise a Glass, Have Some Beers, & Hope She Won’t Be Gov Another 4 Years,” the coaster message reads, with an arrow pointing at the embattled incumbent.

On the reverse, it states 38 percent of small businesses have closed in the last year and 392,100 jobs were lost. It featured a QR code that sends the reader to the website.

The RGA said business owners would be able to request coasters through the website.

“As fellow restaurant owners, we stand with you in solidarity and salute your hard work to keep your establishment running during these difficult times,” Bobby Nahra of Encore Catering & Banquet Center and Thad Sokowronski of Bar Beverage Logistics said in a letter that accompanied the coasters.

This is no small feat, especially considering all of the extreme policies and road blocks that Governor Whitmer has put in place to close us down. In the last year, the number of small businesses that are open in Michigan decreased by 38%, and close to 400,000 jobs have been lost due to her poor handling of the COVID-19 [coronavirus] pandemic. Small businesses, like yours, are the backbone of Michigan’s economy and Whitmer’s policies have pushed them to the brink of destruction. Help us remove her from office and elect a new governor who has Michigan’s best interests at heart.

A fellow restaurant owner was even arrested and thrown in jail for refusing to close down her business and comply with Governor Gretchen Whitmer’s massive abuse of power. It is abhorrent that Attorney General Nessel’s office would arrest this restaurant owner, but refuses to investigate the thousands of COVID-19 nursing home deaths in Michigan that may have been caused by the Governor’s policies. From the nursing home scandal and buying the silence of officials to stifling the economy, it is clear that Governor Whitmer cannot be trusted to lead our great state.

We are asking you to join our campaign against Governor Whitmer. Governor Whitmer does not have Michigan’s citizens’ best interests at heart, much less business owners like us! Michigan deserves better than Gretchen Whitmer!

Whitmer maintains a 50 percent capacity limitation on restaurants and bars, an order that was extended until May 24, ABC 12 reported. Establishments are required to close by 11:00 p.m.