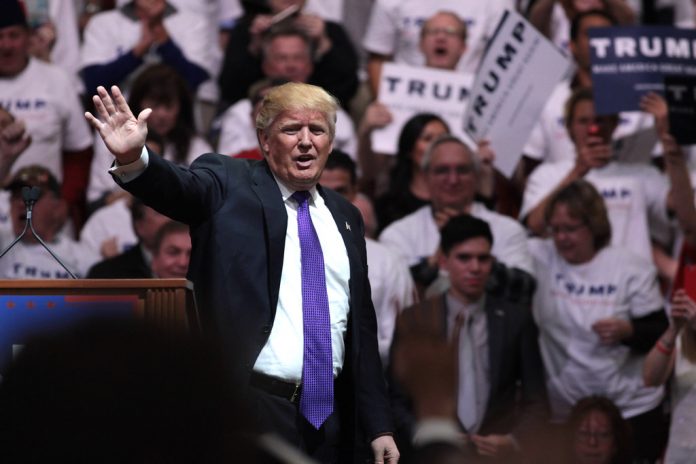 (breitbart) – Voters support law enforcement cracking down on violent protests with a majority indicating that the “growing level of violent protest” is important to their vote in November, a Rasmussen poll released Thursday found.

The revelation could bode well for President Donald Trump, who has made sweeping efforts to address the chaos in Democrat-run cities such as Portland.

The survey found that 72 percent of likely voters remain concerned about the growing level of violent protests across the country, and 62 percent said the “growing level of violent protest” is important to their vote in November’s election. Over one-third, or 35 percent, indicated that it is “very” important. That sentiment follows President Trump’s vow to end violence in Democrat-run cities like Portland and Chicago, which have experienced surges of violence — hallmarked by vandalism, looting, and other criminal behavior — in recent weeks.

“They grab ’em, a lot of people in jail, their leaders, these are anarchists, these are not protesters … these are people who hate our country and we’re not going to let it go forward,” he added.

Trump came under fire from the far left, including several Democrat mayors, over the decision to deploy federal forces in Portland. DHS and Oregon eventually struck a deal to remove federal officers and rely on state and local police. Over a dozen riots have been declared since.

The Rasmussen survey also asked respondents how they feel about police moving to quell the violence — a controversial subject in the wake of the Black Lives Matter movement, as many BLM activists hold the belief that police institutions are inherently racist and, therefore, the problem.

“Which is closer to your point of view — that police should crack down on the protests to bring them [to] an end, or that the protests should be allowed to continue until the protesters decide to end them?” the survey asked.

Fifty percent of respondents said police should “crack down” on the protests, compared to 38 percent who disagreed and 11 percent who remained unsure. The view on police crackdowns is divided sharply along party lines.

While 75% of Republicans and a plurality (47%) of unaffiliated voters think the police should crack down on the protests, just 31% of Democrats agree. Fifty-six percent (56%) of Democrats say the protests should be permitted to continue until the protesters want to end them.

Rasmussen Reports conducted the survey August 10-11 among 1,000 likely voters. The margin of error is +/- 3 percent.