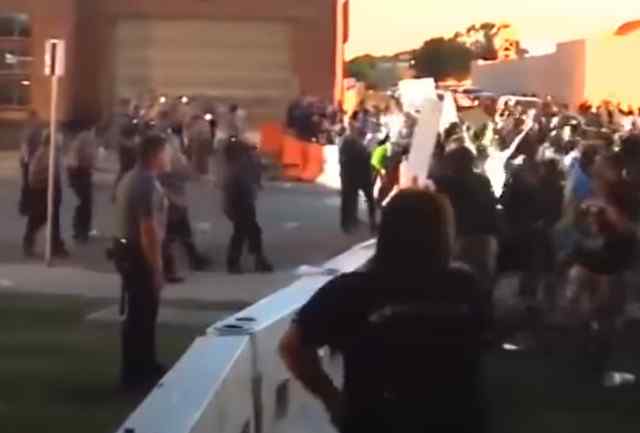 Oklahoma County District Attorney David Prater told the rioters, “This is not Seattle. We’re not putting up with this lawlessness here.”

Protesters blamed for the violence that broke out in Oklahoma City the last weekend in May were charged Friday with terrorism, rioting and assault. If convicted of the felony offenses, they could be sentenced to years in prison. Oklahoma County District Attorney David Prater made the decisions himself on the charges in a get-tough approach meant to deter others from going too far during protests in the future. “This is not Seattle,” Prater said Friday. “We’re not putting up with this lawlessness here.” Also charged Friday were five defendants identified as involved in the painting of murals in downtown Oklahoma City this week. They are accused in an incitement to riot charge of interfering with a police sergeant who was trying to take a homicide witness for an interview at police headquarters Tuesday.

This video from KOCO shows the rioters attacking a police station and hurling objects at police officers.