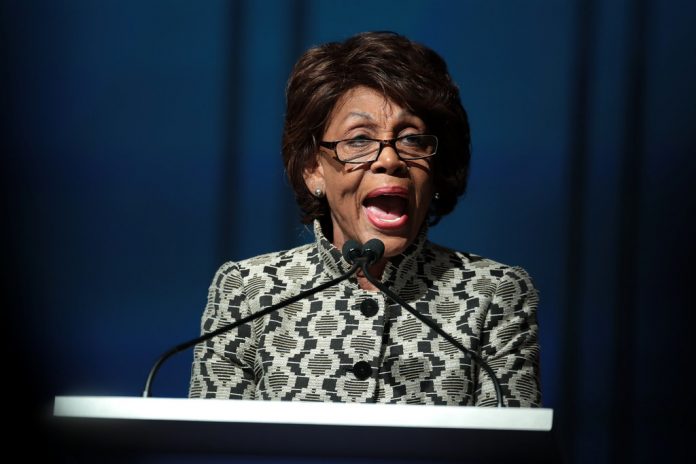 (breitbart) – Saturday on MSNBC, Rep. Maxine Waters (D-CA) called on President Donald Trump to be removed from office by applying the 25th Amendment.

According to Section 4 of that amendment, the president can be removed if he is “unable to discharge the powers and duties of his office.”

When asked about Trump’s attacks on Sen. Kamala Harris (D-CA), Waters said, “The president of the United States of America is unbelievably divisive. The president lies. He’s pitting people against each other, going back to the old birther argument that they attempted to use against Obama. This is a president that is the most deplorable human being that I have ever encountered in my life. And he’s undermining our democracy. We cannot take any more of this president. This president is not only attacking the person that was just appointed or selected by Biden to be his vice president, and he is not hesitant to do it. This man has no shame. The name-calling, he called her nasty, on and on and on. I don’t know how much more the American people can take.”

As a matter of fact, when you couple that with what he’s doing, undermining our democracy, tearing up our post office, I believe that it is time for Section 4 of Amendment 25 to be put in place and his cabinet should send to Nancy Pelosi, the speaker, as identified in the Constitution, that this man should be removed from office. Section 25 should be put in place. He is dangerous. He is tearing up, again, this country, undermining our democracy. And I want to tell you something, I’m getting more complaints about what he’s doing to the post office than I have on any other issue in my district. He cannot have our post office. He cannot do this. we’ve got to stop him.”

I’m not even supportive of just having a hearing. I want to have an injunction against the president based on all the actions that he has taken that is so obvious that it is political, that he is trying to destroy the post office because he believes that mail-in voting, absentee voting will defeat him and he will do anything. It was referred to by one of my friends as the scorched earth approach. This president will do anything to try and stay in office. So I think we need to get right to the court with an injunction. I will be talking with the speaker about that today. He has demonstrated that he is undermining the democracy. It is in defiance of the Constitution and I want him to be stopped. I don’t think a hearing is enough. I think that we need to go directly to the courts and try to get an injunction against any more movements by him.