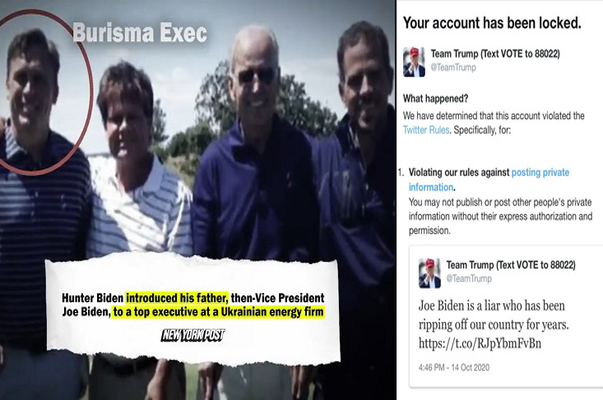 (informationliberation) – Twitter on Thursday suspended President Donald Trump’s campaign just 19 days out from the election for sharing an ad on the New York Post’s bombshell report on Joe and Hunter Biden’s shady dealings in the Ukraine.

As I reported last night, Trump shared the ad in a giant F-you to the censors at Twitter:

After getting back into their account, the Trump campaign immediately reshared the ad, writing: “We are back and we are re-posting the video Twitter doesn’t want you to watch.”