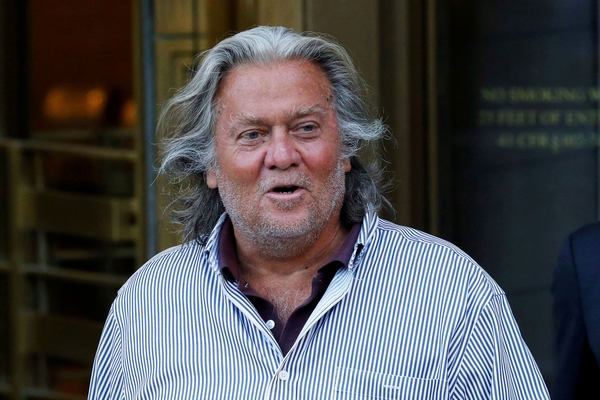 The New York Times cited White House officials confirming that Trump had pardoned Bannon, reporting that Bannon and his allies pressed the president intently for a pardon, while Bannon’s detractors argued against him.

The official list of President Trump’s last-minute pardons has not been released by the White House, despite expectations that they would be announced Tuesday evening.

Federal prosecutors in New York charged Bannon with fraud for his work on the private “We Build the Wall” crowdfunding campaign fueled by Trump supporters to build a wall on the Southern border. He has not been convicted.

Bannon was arrested in August but was released on $5 million bail. Bannon has pleaded not guilty to the charges. His trial date is expected to take place in 2021.

Bannon, the former executive chairman of Breitbart News, was hired as Trump’s campaign CEO in August 2016, just a few months before the election. Although he joined the Trump administration as the chief strategist, he left in August 2017 after clashing with individuals in the White House.