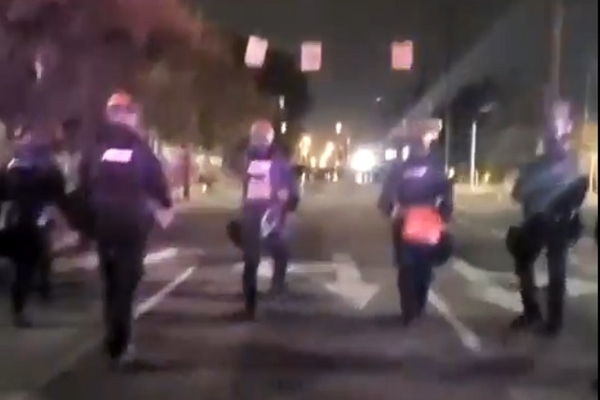 (informationliberation) – At least two officers were shot in a barrage of gunfire during Black Lives Matter and Antifa riots on Wednesday night in Louisville.

“That’s how you gotta do it!” a BLM supporter was heard shouting after shots were fired. “That’s the way you do it! They bustin’ on them! They got off on them, baby!”

A SWAT team was sent out in response.

As reported earlier, the rioters were filmed getting shields and supplies from a U-Haul rented by Holly Zoller, who works for The Bail Project which has several Soros fellows on their board.

UPDATE: This may have captured the shooting (see the man in yellow on the far right).