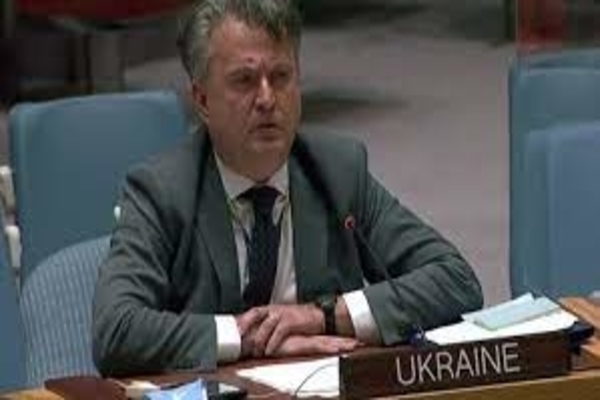 (breitbart) – Sergiy Kyslytsya, Ukrainian Ambassador to the United Nations, said on Wednesday night that the Russian ambassador confirmed that Vladimir Putin has declared war on his country.

“The ambassador of the Russian Federation, three minutes ago, confirmed that his president declared a war on my country,” Kyslytsya announced before the United Nations as Russian forces reportedly moved into the country.

Prior to his announcement, Kyslytsya read Article IV of the UN Charter, which says: Membership in the United Nations is open to all other peace-loving states which accept the obligations contained in the present Charter and, in the judgment of the Organization, are able and willing to carry out these obligations.”

“Russia is not able to carry out these obligations,” said Kyslytsya. “The ambassador of the Russian Federation, three minutes ago, confirmed that his president declared a war on my country.”

“This is the first time. This is the first time that we’ve heard anything,” said CNN senior international correspondent Matthew Chance. “It’s been absolutely silent in this city throughout the course of tonight, and for the past several weeks, we’ve not seen anything at all.

“In fact, I’ve never heard anything like this in Kyiv for the years that I’ve been coming here and reporting from here. So, this is the first time,” he added.

Dmytro Kuleba, Minister of Foreign Affairs of Ukraine, also announced that Putin has launched a “full-scale invasion” and that peaceful cities are under attack.

“Putin has just launched a full-scale invasion of Ukraine. Peaceful Ukrainian cities are under strikes. This is a war of aggression. Ukraine will defend itself and will win. The world can and must stop Putin. The time to act is now,” he tweeted.

President Biden will deliver remarks on the situation tomorrow afternoon.

“Tomorrow in the early afternoon, President Biden will deliver remarks announcing the further consequences the United States and our Allies and partners will impose on Russia for its unprovoked and unjustified attack on Ukraine,” a White House official said.