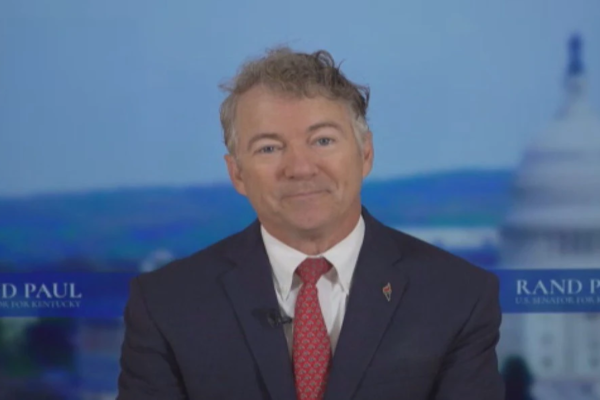 During an interview with Mobile, AL radio FM Talk 106.5, the junior Kentucky Republican U.S. Senator likened the expenditures for Ukraine to any other government expenditures, which he said all contribute to government debt.

However, noting his sympathies for Ukraine in their plight against Russia, he said U.S. spending on the problem did not make sense.

“Inflation is caused by spending money that you don’t have that the Federal Reserve buys the debt,” he said. “So whether it is for Ukraine, whether it is for food stamps here, whether it’s studies of Panamian frogs, it all goes to the debt. And so, it doesn’t make sense, even for a good cause. I’m sympathetic to the Ukrainians. I think the Putin invasion should be condemned. I want the Ukrainians to win.”

“But it doesn’t make sense for me to say, ‘Well, America — why don’t we borrow money from China so we can send it to Ukraine?’” he continued. “We don’t have any money. It would be like me saying to you, ‘You know there are poor people in Mobile,’ when I know you don’t have any money because you’re barely getting by providing for your family and paying your rent. ‘But why don’t you go down to the bank in Mobile and borrow $1,000 and give it to poor people?’”

Paul predicts the Ukrainian government will ask for more and said the United States could not afford to keep fulfilling those requests.

“Ukraine is going to ask for $40 billion more apparently this fall,” Paul explained. “Then it is going to take hundreds of billions to rebuild the country. Look, I have great sympathy, but we do not have hundreds of billions of dollars to rebuild Ukraine. We can’t endlessly supply them with weapons. So, no — to me, it is a fiscal issue, not necessarily a military issue.”