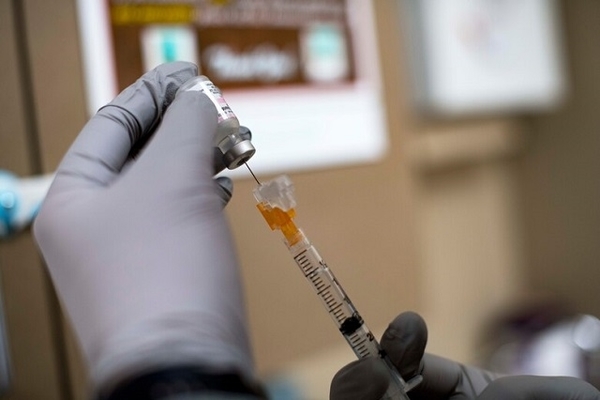 A three-judge panel in the U.S. Court of Appeals for the Fifth Circuit ruled 2-1 to return the issue to District Judge Mark Pittman, who previously rejected employees’ request for a preliminary junction. In his opinion, Pittman was sympathetic to employees but said he was bound by court precedent, and he declined the request because employees could not prove “irreparable harm,” one of four variables which need to be satisfied in court in order for a judge to issue an injunction and preserve the “status quo” during litigation. Federal Judges Andy Oldham and Jennifer Elrod reversed Pittman’s ruling, pointing to the “rather unique” nature of the case.

“Plaintiffs allege a harm that is ongoing and cannot be remedied later: they are actively being coerced to violate their religious convictions. Because that harm is irreparable, we reverse the district court,” Oldham, a President Donald Trump appointee, and Elrod, a George W. Bush appointee, wrote in their opinion.

The panel heard arguments in the case in early January. The Fifth Circuit, which is widely considered the most conservative appeals court, initially rejected an emergency request to halt the mandate in mid-December, but granted a motion to expedite an appeal in the case after Pittman’s decision to refuse the injunction in November 2021.

United Airlines is estimated to have placed around 2,000 employees who were granted religious or medical exemptions on unpaid leave for foregoing vaccination — a measure the company argued is a reasonable accommodation to its policy. Those employees have also been stripped of their health benefits and many are the subject of a non-compete clause. The lawsuit, which was originally filed by six United Airlines employees in September of 2021, alleges that the company violated Title VII of the Civil Rights Act of 1964 and the Americans with Disabilities Act (ADA) by discriminating against them based on their religious beliefs and medical conditions.

Despite being “disturbed” by United Airlines’ “seemingly calloused approach to its employees’ deeply personal concerns,” Pittman, at the time, specifically said a loss of income does not constitute irreparable harm.

“The Court is not insensitive to Plaintiffs’ plight. A loss of income, even temporary, can quickly ripple out to touch nearly every aspect of peoples’ lives, and the lives of their families and dependents. But the Court’s analysis must be guided by the law, not by its sympathy,” Pittman said in his opinion, acknowledging that some plaintiff’s in the lawsuit will suffer hardships such as losing income to pay for cancer treatments, becoming homeless, and being unable to pay for their child’s’ education.

In response, Oldham and Elrod distinguished two separate aspects of irreparable harm in the United case, which informed their decision to reverse Pittman’s ruling.

“The first is United’s decision to place them on indefinite unpaid leave; that harm, and any harm that flows from it, can be remedied through backpay, reinstatement, or otherwise,” the judges wrote. “The second form of harm flows from United’s decision to coerce the plaintiffs into violating their religious convictions; that harm and that harm alone is irreparable and supports a preliminary injunction.”

“…The majority shatter every dish in the china shop. It rewrites Title VII to create a new cause of action,” Smith said.

Smith argued that the panel should have affirmed Pittman’s order denying the injunction.

“For every conceivable reason that the plaintiffs could lose this appeal, they should,” he said.

The Fifth Circuit judges ordered the case to go back to Pittman for review. With Pittman’s concerns about irreparable harm assuaged, he will consider remaining preliminary injunction factors and ultimately decide whether unvaccinated employees with exemptions will return to work.

In November, Pittman notably told United Airlines employees that besides their inability to prove irreparable harm, their “arguments appear compelling and convincing at this stage.”

“United’s mandate thus reflects an apathy, if not antipathy, for many of its employees’ concerns and a dearth of toleration for those expressing diversity of thought,” he wrote in part.