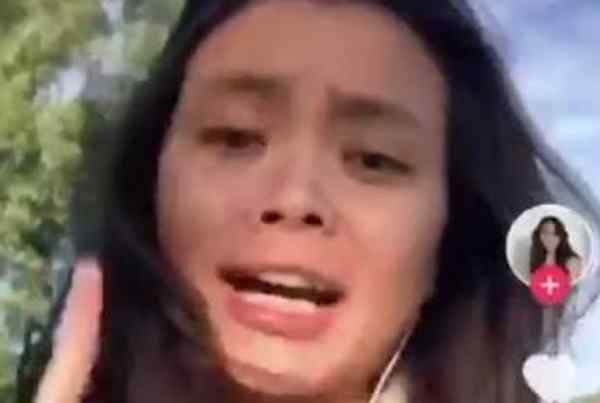 (Gateway Pundit) – A Black Lives Matter TikTok video by Harvard Senior Claira Janover in which she threatens to stab and watch bleed out “the next person who has the sheer nerve, the sheer entitled caucasity to say ‘all lives matter’” went viral Tuesday in spite of a disclaimer Janover posted under the video stating “for legal reasons this is a joke”.

The video was copied over to Twitter by a critic. In the video Janover says:

“The next person who has the sheer nerve, the sheer entitled caucasity to say ‘all lives matter’, I’ma stab you! I’ma stab you! And while you’re struggling and bleeding out I’ma show you my paper cut and say, “my cut matters too.”

As she talks, Janover angrily acts out the stabbing, getting close to the camera with each thrust, sans knife but acting with the psycho intensity of an abuser in a relationship. (Maybe she studies drama.)

Janover retweeted supporters who came to her defense, including this one with the “for legal reasons this is a joke” disclaimer.

Janover commented Tuesday evening on her trying day, “as anxiety-inducing and overwhelming as this day of threats, hate, misrepresentation, and attack on my character/politics by trump supporters has been I will never be silenced into shame for standing up for the #BlackLivesMatter (or any human rights injustice). next caller”.