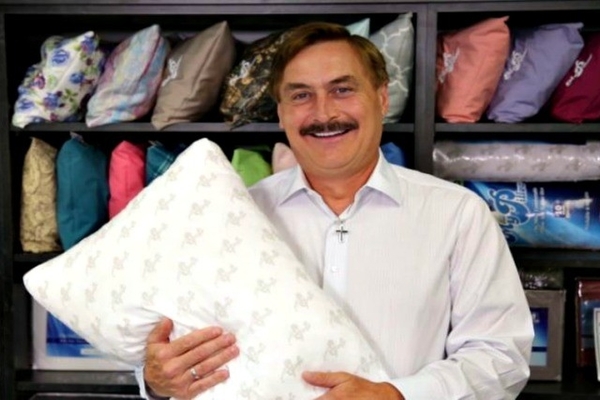 In a statement to The Hill, Walmart said while MyPillow products will no longer be available in stores, they will still be offered online.

“While we are no longer carrying them in stores, MyPillow products continue to be available on Walmart.com,” a Walmart spokesperson told The Hill.

Speaking on Steve Bannon’s War Room podcast, Lindell said he learned of the news from a Walmart executive over a video call, arguing that the product’s ratings had fallen below a four.

“You do realize bots and trolls attack all the time,” Lindell recalled telling the executive. “You’re gonna be all over the news tomorrow.”

Lindell defined the move as a political cancelation  and denounced the company for being “cowards.”

“You guys are canceling us just like the other box stores,” Lindell said. “Shame on you, Walmart. You’re disgusting.”

Lindell later told the Daily Beast the move was yet another example of cancel culture.

“We are up to like about 8,000 pillows a week,” he said. “You should go in there [Walmart] and see the pillows that are made in China, and all their pillows are made overseas.”

In 2021, Bed Bath & Beyond said it stopped selling MyPillow products due to poor sales.

“We have been rationalizing our assortment to discontinue a number of underperforming items and brands. This includes the MyPillow product line. Our decisions are data-driven, customer-inspired and are delivering substantial growth in our key destination categories,” a spokesperson said at the time.

A spokesperson for Kohls also said at the time: “There has been decreased customer demand for MyPillow.”

Lindell confirmed to Newsweek that H-E-B and Wayfair both also dropped MyPillow.

Mike Lindell has been a fierce supporter of President Donald Trump and has routinely maintained that the 2020 election was stolen.