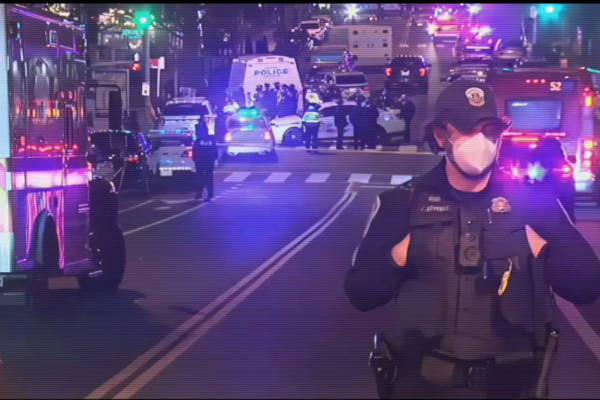 (foxnews) – This is the third story in a series about murders in Washington, D.C. Read the rest here: Part 1 Part 2

WASHINGTON, D.C. – The police department for the nation’s capital has withheld information about its homicide detectives that criminologists say could help indicate whether the city’s murder clearance rate will continue to drop.

Details such as detectives’ experience level and their caseloads are key factors in a police agency’s closure rate, criminologists told Fox News. But Metropolitan Police Department bureaucrats refused to provide details about its detective staffing.

“Unfortunately, we do not provide specifics on staffing levels assigned to designated units,” Kristen Metzger, MPD’s deputy communications director, told Fox News in a Friday email. “Our department has the hardest working homicide detectives who work around the clock to follow all leads and bring closure to victims and their families.”

“The caseload of homicide detectives vary each year, thus we are unable to provide you with this information,” an MPD spokesperson told Fox News in a Dec. 21 email.

But after asking for clarification, another spokesperson responded on Jan. 13: “Staffing levels and the caseloads of homicide detectives have remained consistent throughout 2019, 2020 and 2021 in the Criminal Investigations Division – Homicide Branch.”

Homicides increased by 30% nationwide in 2020 compared to the year prior, according to the FBI. Last year, numerous major cities set homicide records or hit their highest levels in decades. Washington, D.C., for example, hit 226 murders in 2021 – the most since 2003.

Additionally, nine MPD homicide detectives resigned from 2019 through 2021, according to the spokesperson’s Dec. 21 email. It’s not clear whether that figure includes departures for other reasons, such as retirement or transfer.

MPD would not provide how many detectives were hired during that time period.

MPD provided data in its Dec. 21 email that showed sworn hiring across the department outpaced resignations. Yet 11 days earlier, the mayor’s office incidentally published an announcement that said “MPD currently has approximately 3,550 officers – the lowest in more than two decades.”

“That’s been a challenge over the last couple of years, retention – based on everything that’s going on in the country and the general sentiment around police – as well as our ability to hire,” Deputy Mayor Christopher Geldart told Fox News.

University of Nebraska Omaha associate professor Justin Nix said: “The retention crisis is real, and it’s disproportionately being felt by major city agencies. There are a host of problems that come from that.”

“There is a relationship between significant increases in homicide and declines, at least for a time, in police solution rates because departments simply aren’t able to adapt as rapidly as the homicides are going up,” University of Missouri-St. Louis criminology professor Richard Rosenfeld told Fox News. “Police capacity to investigate and solve homicides simply doesn’t keep pace with the increase … in the number of homicides the police are confronted with.”

“And then if you add in the pandemic and depletion in police ranks, that makes solution even more difficult,” he continued, noting that officers frequently had to quarantine due to COVID-19 and were subject to social distancing requirements.

Metzger told Fox News: “While COVID has impacted all of our lives, it has not impacted MPD’s ability to investigate and close homicide cases.”

MPD data shows it closed 67% of its homicide cases in 2021 – a 1% decrease from 2019. But according to D.C. Witness, a nonprofit that uses a methodology that more closely tracks violent crime in the year it occurred and counts additional death as homicides, found the department’s murder clearance rate was 42% – the lowest since the group started in 2015.

“We may not have the trained personnel to solve these cases,” Scharf said.

Attrition in homicide units can have an added detriment: the loss of experience.

“Detectives are like old wine: They get better with age,” Scharf told Fox News. “You can’t take a rookie out of the academy and make them a great homicide detective. It just doesn’t work that way.”

“It’s a slow apprenticeship craft that takes a long time to master,” he said.

Experience aside, recruitment has been a challenge for police departments nationwide.

“A number of departments have reported that they’re having difficulties replacing the losses in the ranks, even with rookies,” Rosenfeld told Fox News.

Despite its diminished staff, MPD has bumped up its hiring, according to local officials.

“We’re back on track, I believe, with hiring,” Geldart told Fox News. “We’re doing what we need to start to turn that tide and bring more officers on.”

He stressed that the department aims to hire officers from the community, which, according to criminologists, can be an effective way for police to build a rapport with the community – and consequently prevent and solve crime.

But Nix warned that police departments may be lowering standards to hire or promote officers if crucial roles are proving difficult to fill.

“When your back’s against the wall and you’ve got to have boots filled, there’s that risk that you’re progressing people before they’re ready, and you’re losing that valuable experience that you might otherwise have,” he told Fox News. “This is bad news from a public safety standpoint and from a police community relations standpoint.”

Meanwhile, veteran and rookie detectives alike may be struggling to get murder witnesses to cooperate, according to criminologists. Without a cooperative witness, the chances of catching a killer plummet.

“What happens to the willingness of people to cooperate with the police … when overall confidence in the police is going down in the very neighborhoods where most of the homicides are being investigated?” Rosenfeld said. “That’s going to reduce clearance rates.”

“A byproduct of the defund the police [movement] is this resistance to cooperate among the people that the detectives need most to cooperate,” Scharf told Fox News. “We’ve had several cases in the last few months where kids are killed and no one talks.”

“We’re in a mess nationally, and I think it’s going to take multiple years to figure this out,” the criminologist continued. “Unfortunately, people are going to die in this paralysis.”