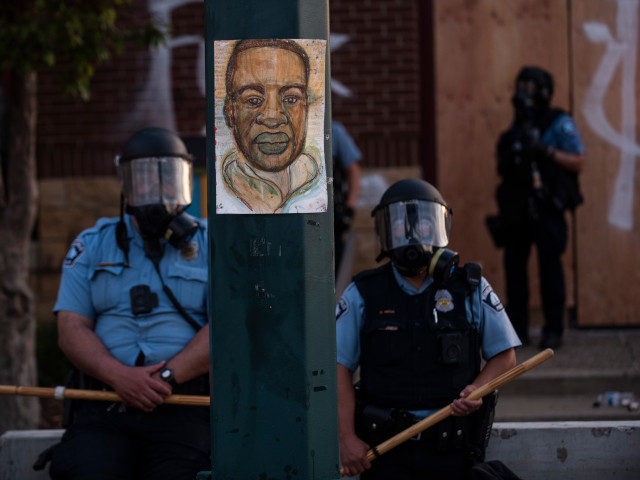 The UK Daily Mail has published leaked footage of the Memorial Day encounter between George Floyd and the four Minneapolis, Minnesota, police offers who were implicated in his death, triggering nationwide unrest and controversy.

The footage, apparently filmed while the body cam footage was being shown in court, appears on the Daily Mail website and includes over eight minutes of the fatal encounter which have not previously been seen or scrutinized by the public.

Some new details emerge in the video. At the start of the encounter, police aim a weapon at Floyd, 46, as he sits behind the steering wheel of a parked car. (The Daily Mail describes officers as aiming at his head, though the angle is not clear.)

Floyd is handcuffed without a particular reason being given, and two people traveling with him are questioned. One tells officers that Floyd was mentally or emotionally disturbed by having a gun aimed at him, having previously been shot.

After being led to a police car, Floyd resists sitting in the car, telling officers that he is claustrophobic. He also says the fateful words, “I can’t breathe,” before he is on the ground and before anyone is seen applying pressure to his neck.

An autopsy showed “signs of fentanyl, methamphetamine and THC — the ingredient that produces marijuana’s high — in Floyd’s body,” the Associated Press reported in June, though doctors stressed they could not draw further conclusions.