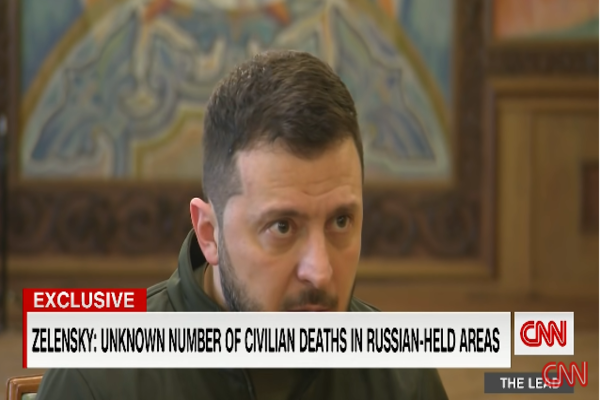 (breitbart) – During a preview of an interview set to air on Sunday’s broadcast of CNN’s “State of the Union,” Ukrainian President Volodymyr Zelensky told Jake Tapper that “all of the countries of the world” should be prepared for the possibility that Russian President Vladimir Putin could use tactical nuclear weapons in his war on Ukraine.

“The director of the CIA warned that he’s worried Putin might use a tactical nuclear weapon in this fight,” Tapper said. “Are you worried?”

“And not only me, I think all over the world, all the countries have to be worried,” Zelensky replied. “Because, you know that it kind of be not real information, but it can be the truth because when they began to speak about one or another battles or involves enemies, or nuclear weapon, or some chemical, you know, issues, chemical weapons, they should do.”

“They could– I mean, they can. For them, life of the people is nothing,” he added. “That’s why we should think, not be afraid. I mean, that not be afraid, be ready. But that is not the question for to Ukraine, and not only for the Ukraine, for all over the world, I think so.”