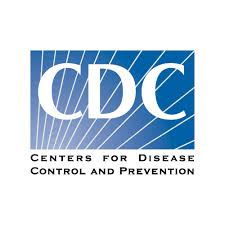 Following in his footsteps, Dr. Messonnier dropped a bomb on President Trump while he was in India yesterday.

Yesterday, the CDC unexpectedly announced startling news about the coronavirus in the US. This rattled the markets and led to another downturn of hundreds of points in the DOW for the second straight day:

As we’ve seen from recent countries with community spread, when it has hit those countries, it has moved quite rapidly. We want to make sure the American public is prepared,” said Dr. Nancy Messonnier, director of the CDC’s national center for immunization and respiratory diseases. “As more and more countries experience community spread, successful containment at our borders becomes harder and harder.”

I understand this whole situation may seem overwhelming and that disruption to everyday life may be severe, but these are things people need to start thinking about now,” said Messonnier, who told her own family to begin preparing for community spread and the resulting “significant disruption” of their lives.

Right now CDC is operationalizing all of its pandemic preparedness and response plans, working on multiple fronts including specific measures to prepare communities to respond to local transmission of the virus that causes COVID-19,” Messonnier said. “Now is the time for businesses, hospitals, communities, schools, and everyday people to begin preparing as well.”

Dr. Messonnier’s comments came as the President and the First Lady were outside the country and traveling in India. The trip was going very well as expected, but this news was a startling rebuke of the President’s efforts to date to curtail the virus.

This was eerily similar to past Presidential trips when former and corrupt DAG Rod Rosenstein and the corrupt and criminal Mueller gang would drop shocking news as the President was overseas.

In July 2018, for example, corrupt Rosenstein, announced the indictments of 12 Russians right before the President was departing on a trip to meet Russian President Putin. Rosenstein reported on these Russians who will never come to the US for prosecution and who likely had nothing to do with anything related to the crimes.

Even Republican Senators slammed President President Trump when he was at the historic Normandy remembrance ceremony.

As far as the coronavirus goes, the US has identified 57 individuals with the virus and no deaths.

Now we know why the CDC was fear-mongering – Dr. Nancy’s brother is Rod Rosenstein. What a sick family and horrible people.