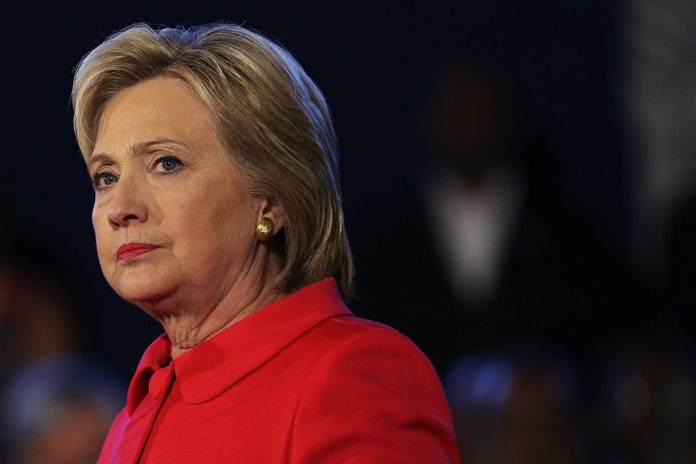 (BLP) – A blockbuster report from True Pundit indicates that an FBI agent who committed “suicide” was involved in uncovering a massive Clinton foundation money-laundering conspiracy that allegedly plundered the U.S. Treasury out of billions.

FBI Special Agent Sal Cincinelli allegedly committed suicide last year in stunning news that shocked his family. Cincinelli was found dead at the Container Bar in Austin, Texas “with at least one gunshot wound” in July 2019. He had quit a life as a high-powered Wall Street trader to join the FBI and help clean up the corrupt financial industry.

Mike Moore, who writes at True Pundit under the alias Thomas Paine, broke the news on his podcast that Cincinelli may have lost his life due to his work investigating the Clintons.

“So we’re finding that deceased top FBI Special Agent Sal Cincinelli was a member of a team that was investigating the Clinton Foundation and had witnessed and investigated the fact that large amounts of money were being moved by Hillary Clinton through the Clinton Foundation, coming in coming out, that trace back to the State Dept. during the time that she was Secretary of State,” Moore said on his podcast.

“This is the first time or the first proof that anybody has that she was actually taking money from public money from the State Dept. while she was Secretary of State and moving it around to her cronies linked to the Clinton Foundation, the Clinton cartel and Cincinelli was part of the FBI who was looking into this,” he added. “And incredibly, this has been on the desk of Attorney General William Barr who hasn’t done anything with it.”

The allegations, which have been substantiated by sources that have spoken to True Pundit, are that billions in taxpayer dollars were taken from the U.S. Treasury and placed into the coffers of the Clinton Administration.

“We are talking about billions of dollars that were stolen, siphoned, funneled,” a top-level federal source said. “Not millions. Billions. It’s absolutely massive and other members of the Obama administration are involved.”

Federal agents are reportedly very frustrated that the Department of Justice is overlooking the scandal, with AG Barr – who had previously worked under globalist President George H.W. Bush – apparently maintaining the status quo within the deep state.

“You look at the size of this corruption and realize why Hillary warehoused all her State Dept. emails on a private server and destroyed thousands upon thousands of emails so that no one could get a look at the side deals,” Moore said.

Cincinelli may be the latest man whose name could be added to the Clinton kill count, as people who investigate the Clintons or get in the way of their pursuit of power tend to turn up dead in mysterious fashion.