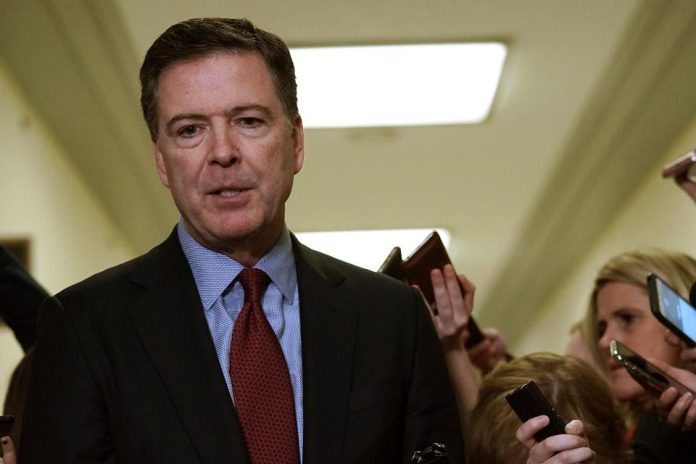 ‘There were mistakes I consider more consequential than this during my tenure,’ he says

(Infowars) – James Comey admitted Sunday that he was “wrong” about the FBI’s handling of surveillance warrants against Carter Page, who the former FBI director acknowledged was “treated unfairly” by having his name leaked to the press as a suspected Russian agent.

“He is right. I was wrong,” Comey said in an interview on Fox News Sunday in reference to the findings of Michael Horowitz, the Justice Department’s inspector general.

The report said that FBI agents withheld information in the applications that undercut the theory that Page was working for Russia. They also withheld information that undermined the credibility of Christopher Steele and his dossier, which Horowitz said was a “central and essential” component of the FISA application. FBI agents failed to reveal in their FISA applications that Steele told agents that one of his sources for the dossier was a “boaster” and “embellisher.” Investigators also failed to disclose that one of Steele’s primary sources disavowed significant parts of the dossier during interviews in January 2017.

The report undercut Comey and other former FBI leaders’ defense of the FBI’s surveillance of Page, a former Naval officer.

“I have total confidence that the FISA process was followed, and that the entire case was handled in a thoughtful and responsible way by DOJ and the FBI,” Comey said on Dec. 7, 2018 in a clip played by Wallace on Sunday.

Comey acknowledged Sunday that his comments at the time were false.

“I was overconfident in the procedures that the FBI and Justice had built over 20 years. I thought they were robust enough,” he told Wallace.

“I’m responsible for this.”

Comey also agreed that it was “fair” to say that the FBI gave the FISA Court false information, especially regarding Page.

“Carter Page was treated unfairly, most significantly by his name being made public. He’s a United States citizen, and it never should have been made public, and it’s an outrage.”

But while Comey admitted that the FBI made errors in the FISA process, he pushed back aggressively on Wallace’s characterization that the FBI engaged in misconduct, or that agents and officials were politically motivated against Donald Trump. He also said that if he were still FBI chief, he would not quit in the wake of Horowitz’s damning report.

“If you were still there, and all of this came out, and it turned out it happened on your watch, would you resign?” Wallace asked.

“No, I don’t think so,” said Comey. “There were mistakes I consider more consequential than this during my tenure.”

Below: Alex Jones presents C-SPAN video footage of IG Horowitz admitting that the FBI engaged in illegal surveillance of the Trump Campaign in 2016.