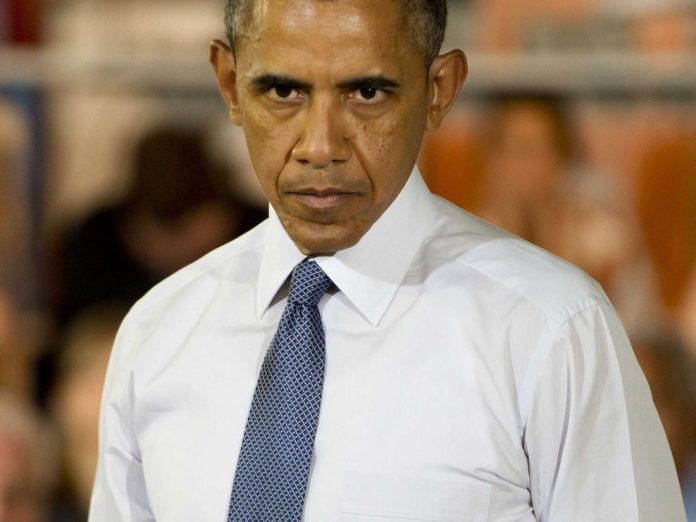 (Gateway Pundit) – This is so disturbing!

Newly resurfaced footage from 2016 shows former Obama Administration Secretary of State John Kerry stating that he knew part of the 55 billion dollars that was sent to Iran as part of the Obama Iran Nuclear deal might end up in the hands of militant Iranian terrorist groups!

Flashback: John Kerry Trashes Trump Admin As Iran Bombs US Bases In Iraq, ‘Instead Of Diplomacy, This Admin Rushed To Confrontation’ (Video)

Former Secretary of State John Kerry trashed the Trump Administration on Tuesday evening as he campaigned for Biden in Iowa.

John Kerry was the architect of the failed Iran nuke deal and he has engaged in shadow diplomacy with Iranian officials in an effort to salvage the deal.

Iran fired missiles at several US facilities in Iraq Tuesday evening in a revenge attack after Trump ordered a drone strike that killed top Iran commander and terrorist Qassam Soleimani.

John Kerry trashed Trump for pulling out of the Iran nuke deal and blamed his decision to do so on the current escalated tensions between the US and Iran.

Kerry lied when he told reporters Tuesday night that the Iran nuke deal created “enormous inspection and verafiability and accountability where it didn’t exist.”

Kerry blamed the missile attacks on President Trump: “I think it’s a tragedy for the world that instead of diplomacy, this administration has rushed to confrontation,” Kerry said. “And if this develops into a tit-for-tat, increased effort, it will become a war that is needless, it didn’t have to happen and it will be a reckless war of choice by the President of the United States.”

Actually, John Kerry, the garbage nuke deal wasn’t worth the paper is was written on (Obama never required Iranian leaders to sign the nuke deal).

The Obama Admin admitted that the Iran nuke deal wasn’t “an executive agreement” or even a “signed document.”

The Iranians laughed at Obama and fired off ballistic missiles many times breaching the so-called nuke deal.

Iran shipped 30 tons of yellow cake (uranium ore) to a facility in Isfahan last January, which if enriched could provide material to make atomic bombs.

John Kerry is your typical terrorist-appeasing Democrat and the current Iran escalation is because of him, Barack Obama, Valerie Jarrett and Ben Rhodes.

John Kerry said that the American people need to see the intel that President Trump used to justify killing Soleimani with a drone strike.

“We’ve been through wars where intelligence was not there, was faked.”