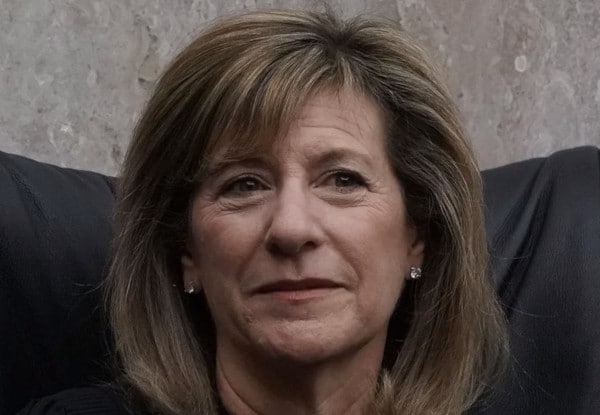 (Gateway Pundit) – Several months ago, during the early days of Roger Stone’s trial, the prosecution and defense teams were busy fighting over what jurors would end up making the final cut for the official jury pool and alternates. Obama appointed Judge Amy Berman Jackson, who has ruled against every conservative figure or cause that has ever come before her court, would routinely ignore the concerns of Stone’s defense team about juror bias.

Judge Jackson didn’t care that potential jurors had political backgrounds or had given inappropriate and extremely biased answers in their jury questionnaires.

In fact, Judge Jackson agreed with prosecutors to remove a potential juror because she had at one point, nearly three decades ago, held a small role in the Ronald Reagan for President campaign. Politics would not be allowed in her courtroom, Judge Amy Berman Jackson proclaimed.

However, when it was revealed that a potential juror had served in a high-level communications role within President Barack Obama’s administration, objections and questions about bias from Stone’s legal team were laughed off, by both the judge and prosecutors. You see, if a potential juror showed bias against conservatives, Judge Amy Berman Jackson declared that their prior service to an administration or political cause, even if it was that of a far-left socialist like Barack Obama, was not sufficient evidence to bar them from serving on the jury. It was at this moment, that this Gateway Pundit reporter joined Alex Jones on Infowars to sound the alarm.

A high-level Obama communications director with a documented past involvement with the far left was being considered as a prime candidate to make the final cut for jury in Roger Stone’s trial. We all already know that nearly 91% of the District of Columbia voted for Hillary, so the notion of Stone being judged by a jury of his peers was pretty much out the window, but it was hard to believe that the Judge and prosecutors would be so blatant in their advocacy of selecting highly-partisan jurors.

This interview went viral and the mainstream media and Democrats went insane. They claimed that we were threatening the safety of the juror and the sanctity of the trial, never mind that we never mentioned the name of the juror or any other information that could lead to them being harmed. In fact, mainstream media reporters had already tweeted far more personal information about the juror. However, this did not stop corrupt Judge Amy Berman Jackson and the Mueller prosecution team from doing something unheard of and drastic. Before court the next day, I was informed by several sources that Judge Amy had issued a sealed order of contempt for this Gateway Pundit reporter, there was even talk of having me detained for trying to “intimidate potential jurors” through my reporting.

This is the first time that this Gateway Pundit reporter has gone on record discussing that shocking moment.

Why take such Hitlerian action against a journalist? Discussion about this potential juror was all over Twitter, with commentary from far more high-profile reporters having been retweeted dozens, if not hundreds of times. Their commentary was not critical, nor did it raise questions about the bias of the trial and jury pool.

We know now, through an exclusive report from TGP several months ago, that one of the lead jurors was a top-level donor to Beto O’Rourke. Seth Cousins, who outed himself shortly after Stone’s guilty verdict, was clearly not examined thoroughly enough by Obama appointed Judge Amy Berman Jackson or prosecutors were allowed to stack the deck with the judge’s approval. How did Mr. Cousins respond to his jury questionnaire? How much bias did he show? We will never know unless those records are unsealed by the court.

And just recently, as the Mueller infested prosecution team resigned from the case in a toddler’esque temper tantrum after the DOJ rejected their harsh sentencing requirement of 9 years, Stone jury foreman Tomeka Hart outed herself to stand in solidarity with the prosecutors and defend the verdict reached by the jury. In doing so, just like the previous juror Seth Cousins, Ms. Hart had exposed herself to public scrutiny.

That scrutiny revealed that she was even more biased than Mr. Cousins. It proved that she had lied on her jury questionnaire, committing perjury on numerous occasions. It also proved that she mocked the arrest of Roger Stone in January of 2019, which has been widely decried for using the same amount of force law enforcement agencies have utilized in apprehending drug-kingpins like Pablo Escobar and El Chapo. Hart was also a far-left candidate for congress several elections ago and serves in a high-level role within the Bill and Melinda Gates Foundation, a known front for globalist ideals and far-left social projects. Just one of these items should have been red flags that kept her from serving on the jury.

Thank you to journalist and filmmaker Mike Cernovich for digging up the dirt on Tomeka Hart. Can you imagine what else we could find if we knew the names of the remaining jurors and how they responded to the jury questionnaire?

This finally helps us understand why corrupt Judge Amy Berman Jackson would want to have this Gateway Pundit reporter arrested for exposing bias in the jury pool. They already had a rigged trial by getting to select the jury from 99.99% Democrat DC residents, yet they wanted to get the most extreme left-wing activists to make sure the verdict returned guilty. Not one single Republican was allowed on the jury, in fact they were denied for the simple fact of being Republicans during the jury selection process.

Given these facts, Judge Amy Berman Jackson must unseal the jury questionnaires of the jurors (and alternates) that made the final cut for Roger Stone’s trial.

A refusal to acknowledge these glaring instances of bias and acts of perjury committed by jurors before her court is proof positive that she must be removed from the case and impeached by the United States Senate.