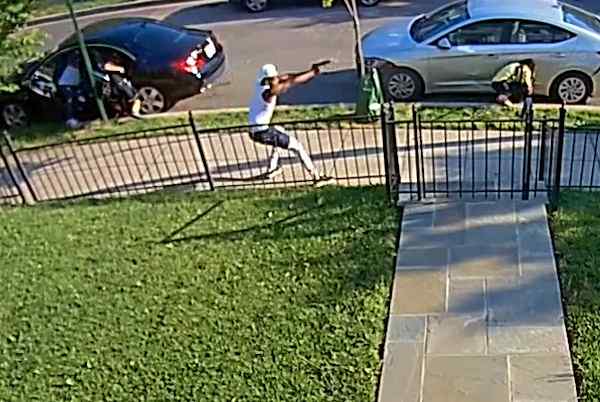 Sirens can be heard on the video toward the end of the shootout and the shooters nonchalantly put their guns in their cars and walk toward a house as police cruisers roll up.

Some of the gunmen can be seen assisting another individual who was wounded in the exchange.

Six people were arrested after police arrived on scene.

Gun violence is raging in other Democrat-controlled cities too. Breitbart News reported over 30 were shot this past weekend in Chicago, two fatally, and 35 were shot, five fatally, the weekend prior.