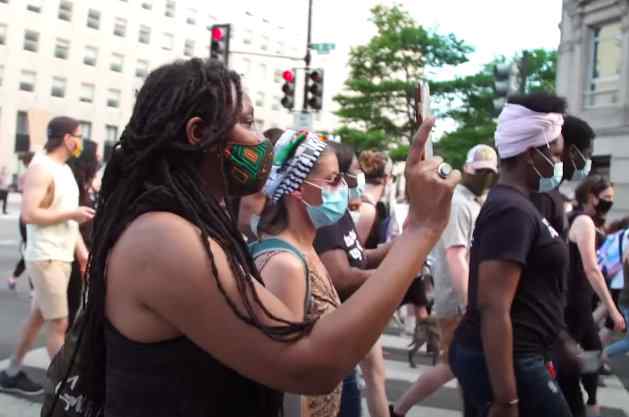 (Gateway Pundit) – There are reports that One Million leftists will converge on Washington DC this weekend to resume their protests over the death of George Floyd.

This comes after Washington DC Mayor Bowser kicked out ALL of the National Guard troops that were sent there to restore peace after leftists rioting and vandalized the city last weekend.

Washington DC Mayor Bowser announced on Thursday she was examining every legal question about the Presidents’ authority to send troops, even National Guard from other states, to the District of Columbia.

Mayor Bowser said, “I have the authority and have not requested guard from any state.”

The DC Mayor then later evicted ALL NATIONAL GUARD from any Washington DC hotel.