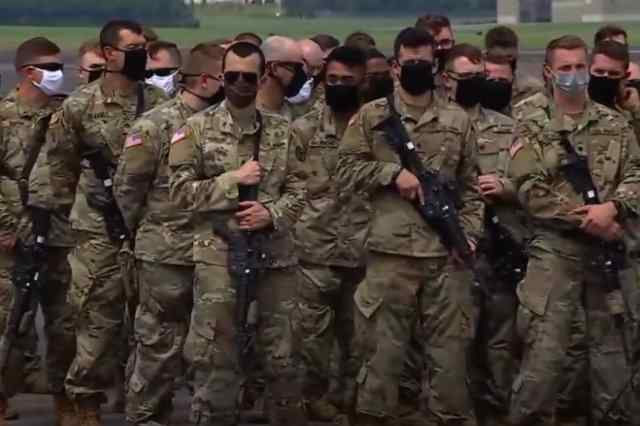 (Gateway Pundit) – Secretary of Defense Mark Esper broke with his superior, President Trump, this week saying he opposes using the US Military against the violent far left mobs in cities across the United States.

Via WGN — Esper told reporters the Insurrection Act, which would allow Trump to use active-duty military for law enforcement in containing street protests, should be invoked in the United States “only in the most urgent and dire of situations.” He declared, “We are not in one of those situations now.”

For a week now leftists, looters, thugs and Black Lives Matter have destroyed and torched businesses and government buildings across the country.

Secretary Esper ordered the National Guard troops sent to Washington DC to NOT carry any guns or ammunition.

Esper also ordered all active-duty troops out of Washington DC.

Esper reportedly made this order without consulting the White House.