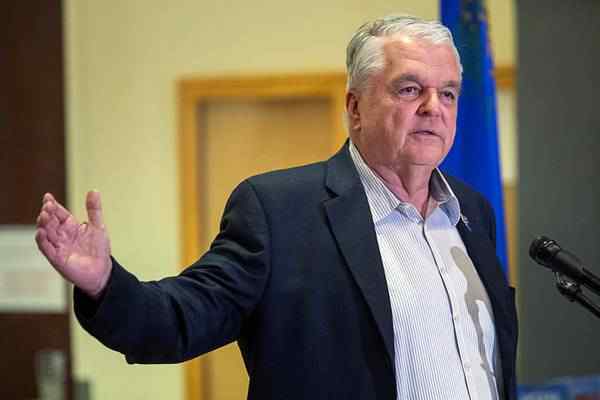 (Gateway Pundit) – Just about a week after the Trump hating Democrat Governor of Nevada limited the ability for physicians to prescribe Hydroxychloroquine to treat Corona virus, news broke that Nevada Governor Steve Sisolak’s own Department of Corrections has been hoarding the drug for prisoners.

Sisolak claimed that he was doing so to prevent the hoarding of the medicine, despite the fact that you could only obtain it through a prescription.

Now, 360 News Las Vegas has discovered that Sisolak’s Department of Corrections has begun hoarding the drug following his questionable decree. As is the case with most Democrats and many Trump haters, you must do as they say and not as they do.

Mindy Robinson, an America First activist and candidate for congress in Nevada’s 3rd District, which includes Las Vegas, claimed that this revelation showed how Sisolak cares more about criminals than he does law abiding citizens.

“First Governor Sisolak awarded himself with magical “emergency powers.” Then he restricts the use of a life saving medication for coronavirus patients, over fears that people would somehow “hoard” a drug they needed a prescription for…and now it turns out that our own prison system here in Nevada was hoarding the drug for their inmates the entire time. Seriously, where is this man’s loyalties? Because it certainly isn’t with the law abiding citizens of this state.”

The Nevada Governor allowing his state prisons to hoard the Coronavirus drug and preventing law abiding citizens from being prescribed the drug is par for the course.

All of this… while President Trump works day and night to maintain sanity in America. Really makes you think. Why do the Democrats care more about criminals and illegals than they do American patriots?