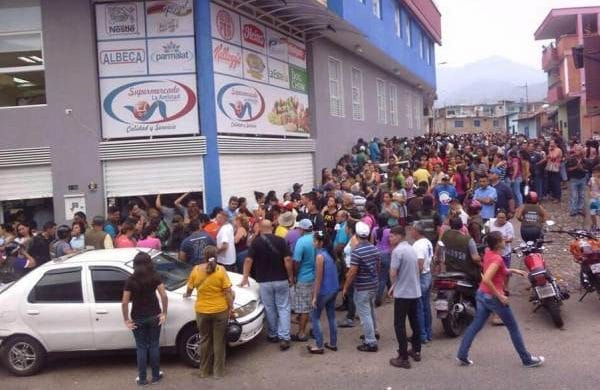 (Gateway Pundit) – In 2015 John Stossel from FOX Business Network interviewed Michael Moynihan of the Daily Beast on the subject of Bernie Sanders and his past statements on Socialist and Communist regimes.

Towards the end of the interview, Sanders is shown on camera praising Communist bread lines as a good thing.

Bernie Sanders: It’s funny sometimes American journalists talk about how bad a country is because people are lining up for food.

That’s a good thing. In other countries people don’t line up for food the rich get the food and the poor starve to death.

Considering the millions of people starved and murdered under Socialism and Communism, it’s an insult to the American people that this man’s candidacy is being taken seriously.