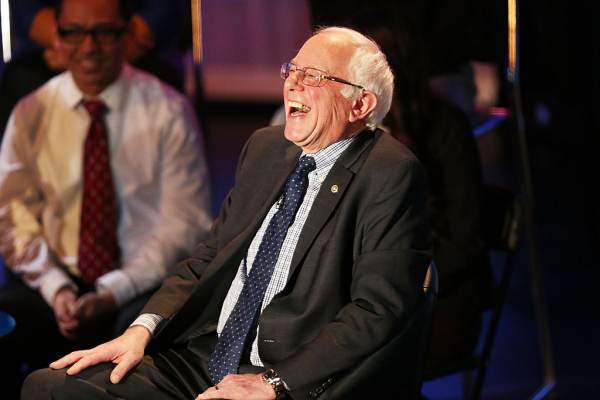 (Breitbart) – The Democratic Party has no answer for Sen. Bernie Sanders (I-VT).

And after sweeping Iowa, New Hampshire, and Nevada — the first time anyone has won the popular vote in the first three primary contests — Sanders is in the pole position in the race for the party’s presidential nomination.

It is a prospect that has rattled fellow candidates, as well as the party establishment.

Efforts to stop [Sanders] so far have been ineffective and made the party seem out of touch. This summer, party leaders may be forced to accept the nomination of a man who’s not officially a member of the party, who won’t have won a majority of primary voters, and whose agenda is popular with his progressive base but doesn’t have as much support with Democrats as a whole.

Former South Bend, Indiana, Mayor Pete Buttigieg, who finished third in Nevada, warned fellow Democrats that the “democratic socialist” from Vermont is unelectable: “Senator Sanders believes in an inflexible, ideological revolution that leaves out most Democrats, not to mention most Americans.”

But even if former Vice President Joe Biden wins South Carolina next week, it will not be enough to stop Sanders, who will finish second or better. Late entrant Michael Bloomberg has nearly half a billion dollars already, but inspires little confidence after a lackluster debate in Las Vegas last week.

Though Sen. Amy Klobuchar was hailed as the “great moderate hope” after her surprise third-place finish in New Hampshire, she did poorly in Nevada and does not have the resources to match Sanders.

As the left-wing Mother Jones reported:

[W]hile Sanders’ opponents may agree that he won’t make the best nominee, none can agree on how to actually stop him. In the meantime, Sanders has built a political movement that might make any kind of maneuvering aimed at denying him the nomination irrelevant, and one that by its very existence neutralizes one of the most compelling arguments his opponents once had.

The rest of the field could keep Sanders from winning a majority of delegates on the first ballot at the party convention in Milwaukee in July. That would allow another candidate to win in later rounds of voting, with the help of superdelegates.

But then Bernie’s supporters might refuse to support the nominee. The party may have to reconcile itself to an openly socialist nominee — with an army of radical surrogates and supporters.

Or it may have to let them lose, then pick up the pieces.