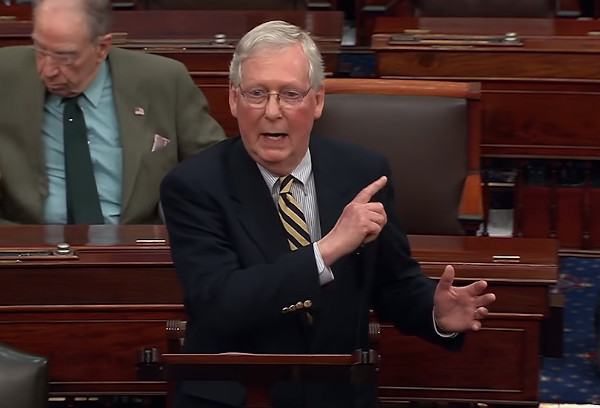 60 votes were needed for this bill.

All Democrats, and Independents who caucus with Dems voted no.

5 Republican Senators are currently in self-quarantine and missed the vote.

Senate Majority Leader Mitch McConnell (R-KY) switched his vote to “no” which allows a second vote.

McConnell was furious after the Senate Dems blocked the emergency stimulus bill and went off on them from the Senate floor.

“I changed my vote which gives me the opportunity to move to reconsider at a later time. That’s all I can do in the face of obstruction. I can understand obstruction when you’re trying to achieve something. This obstruction achieves nothing,” McConnell said.

McConnell continued, “We’ll have this cloture vote again at some point of my choosing and hopefully some adults will show up on the other side of the room and understand the gravity of the situation.

“This is the bill that would deliver checks to American workers affected by #COVID19. Why are they playing politics with this? We don’t have the time to go back to the drawing board.”