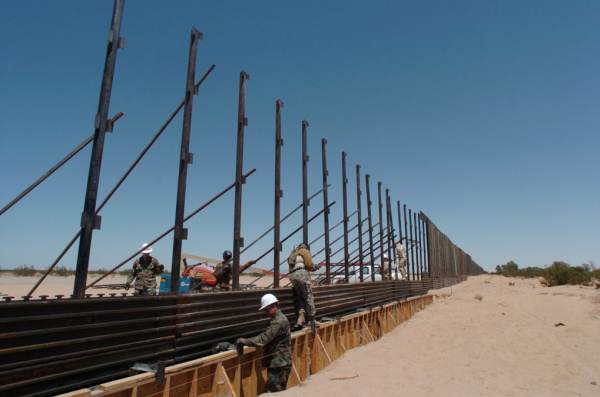 (BLP) – 19 states have banded together to file a lawsuit against the Trump administration over its recent allocation of $3.8 billion in defense funding for the border wall.

According to Luis Miguel of The New American, the argument these states made was that this action was unconstitutional and could bring about harmful environmental consequences.

“Use of these additional federal funds for the construction of a border wall is contrary to Congress’s intent and in violation of the U.S. Constitution,” read the lawsuit, filed on March 3, 2020 in federal court in California.

In 2019, President Trump declared a national emergency in response to a large wave of migrants coming across the southern border.

In addition to the declaration, the president announced he would use Department of Defense (DOD) funds to build the border wall because Congress did not allocate the full amount he wanted in the federal budget.

The Pentagon revealed to Congress last month that it would transfer an additional $3.8 billion for the wall by drawing out money from weapons programs.

The 19 states sustain that the allocation is unconstitutional because it is in violation of the separation of powers and Congress’ power of the purse.

In the lawsuit, the plaintiffs argue that using DOD funds negatively impacts communities whose economies depend on military spending.

Defense spending in Connecticut is critical not just to national military readiness but to Connecticut’s economy. The Administration’s planned funding diversions threaten to harm the State’s economy, employment, and tax revenues. As of 2017, annual defense spending injected $15 billion into Connecticut’s economy, accounting for 5.6 percent of the State’s per capita GDP — a higher percentage than in all but two other states. DOD’s reprogramming action diverts funding away from critical military projects for which Connecticut-based companies produce key components.

Further, the states claim that the Trump administration did not factor in environmental impacts. They described the White House’s decision as a violation of the National Environmental Policy Act (NEPA).

“President Trump is risking the safety of every American by diverting taxpayer dollars from our military to fund the same xenophobic campaign promises he’s made for the last four years,” said New York Attorney General Letitia James in a statement.

The suit also asserts that the wall will cause environmental damage in some of the states where it will be built.

“The president is doubling down on his unlawful scheme to raid taxpayer funds for a xenophobic campaign promise that is destroying national treasures, harming the environment, and desecrating tribal lands,” an ACLU attorney declared.

Immigration is the most crucial of our time.

From maintaining a cohesive nation state to protecting political traditions such as the right to bear arms, immigration bleeds into so many areas — politics, economics, and culture.

This is one battle America First patriots cannot afford to lose.