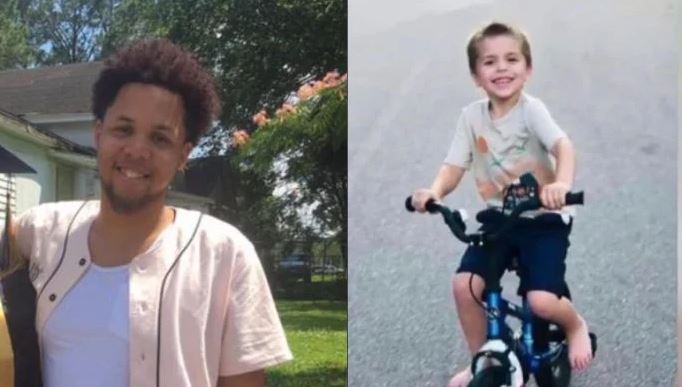 Terrell Kent Of Wilson, North Carolina Had Some Disgusting Words To Share About The Death Of Five-Year-Old Cannon Hinnant Who Was Murdered By Darius Sessoms, His Neighbor, While Riding His Bicycle Outside Of Sessoms’ Home

(nationalistreview) – Nationalist Review has been busy archiving the comments of community members in Wilson, North Carolina who have been discussing the murder of Cannon Hinnant. While there’s a lot to say on that matter—with relatives of the murderer Darius Sessoms chiming in with some not-too-courteous statements of their own—we thought it would be prudent to highlight this alarming comment from a local employee at Taco Bell.

Update: We’ve released our article on comments made by the family members of murderer Darius Sessoms including comments from his cousins blaming the victim’s family for the child’s death and praying for the release of Darius the cold blooded killer.

Update 2: The local Taco Bell franchise has responded to this story and says that the employee in question no longer works for their franchise and hasn’t in some time despite not updating his employment listing online.

If you haven’t heard the story about Cannon Hinnant, it’s worth reading about here. To support the family, please consider making a small donation to the GoFundMe set up in his honor.

Terrell Kent, also a resident of Wilson, the same town the little boy was murdered in, made the most disturbing statement of all and seems to believe that it is time for a race war in America.

“Ion (I don’t) give a sh** he is white it’s time for revenge we tired shit over with now we shooting yall go cry to you moma,” Kent published in reply to post memorializing the little boy whose life was stolen from him before he was even able to start his first day at kindergarten.

According to Kent’s publicly available Facebook profile (archived), he’s an employee at Taco Bell, 24-years-old, and began working at Taco Bell in 2015.

Nationalist Review works hard to bring you stories you won’t see anywhere else. Please consider following our Facebook page, sharing this article on your own social media pages, signing up for our newsletter, or making a small donation. Your support goes a long way!