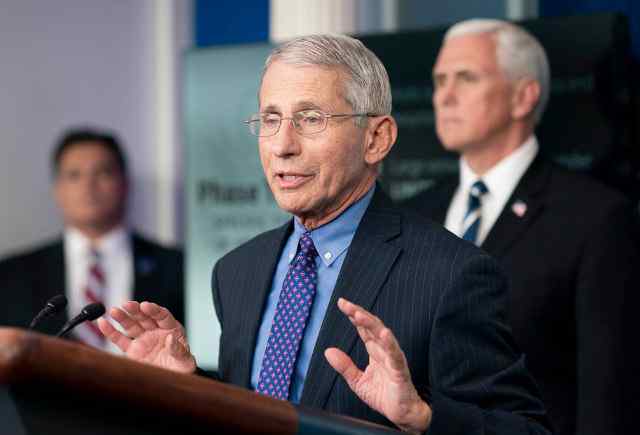 (Gateway Pundit) – Back in 2015 the NIH under the direction of Dr. Tony Fauci gave a $3.7 million grant to the Wuhan Institute of Virology.

The Wuhan Institute of Virology is now the main suspect in leaking the coronavirus that has killed more than 50,000 Americans and, thanks to Dr. Fauci again, destroyed the US economy.

As early as 2018 US State Department officials warned about safety risks at the Wuhan Institute of Virology lab on scientists conducting risky tests with the bat coronavirus.

US officials made several trips to the Wuhan laboratory.

Despite the warnings the US National Institute of Health (NIH) awarded a $3.7 million grant to the Wuhan lab studying the bat virus. This was after State Department warned about the risky tests going on in the lab.

The deadly China coronavirus that started in China sometime in late 2019 has now circled the globe. Evidence suggests that the coronavirus didn’t come naturally. We still don’t know whether the deadly virus was leaked intentionally or if it was an accident.

But we do know that the Chinese did attempt to market a cure for the coronavirus to the world in January after the virus began to spread.

According to the report from Wuhan the coronavirus came from either the Wuhan Center for Disease Control and Prevention or Wuhan Institute of Virology in Wuhan, China.

These reports linking bats to the coronavirus started making the rounds back in January. A research paper published in the Wuhan Centre for Disease Control and Prevention determined the source of the coronavirus is a laboratory near the Seafood Market in Wuhan.

On Sunday Rudy Giuliani dropped a bomb on Dr. Fauci. Rudy scolded the NIAID Director of granting $3.7 million to the Wuhan lab that leaked the coronavirus.

And then Rudy accused the NIH of knowing more than they are leading on.

Rudy Giuliani questioned Dr. Anthony Fauci’s involvement in grants from the United States to a laboratory in Wuhan, China, that has been tied to the coronavirus pandemic. According to a report, the U.S. Intelligence Community has growing confidence that the current coronavirus strain may have accidentally escaped from the Wuhan Institute of Virology rather than from a wildlife market, as the Chinese Communist Party first claimed. During a Sunday interview on The Cats Roundtable, Giuliani questioned why the U.S. gave money to the lab. “Back in 2014, the Obama administration prohibited the U.S. from giving money to any laboratory, including in the U.S., that was fooling around with these viruses. Prohibited! Despite that, Dr. Fauci gave $3.7 million to the Wuhan laboratory — even after the State Department issued reports about how unsafe that laboratory was, and how suspicious they were in the way they were developing a virus that could be transmitted to humans,” he claimed. He added, “We never pulled that money. Something here is going on, John. I don’t want to make any accusations. But there was more knowledge about what was going on in China with our scientific people than they disclosed to us when this first came out. Just think of it: If this laboratory turns out to be the place where the virus came from, then we paid for it. We paid for the damn virus that’s killing us.”