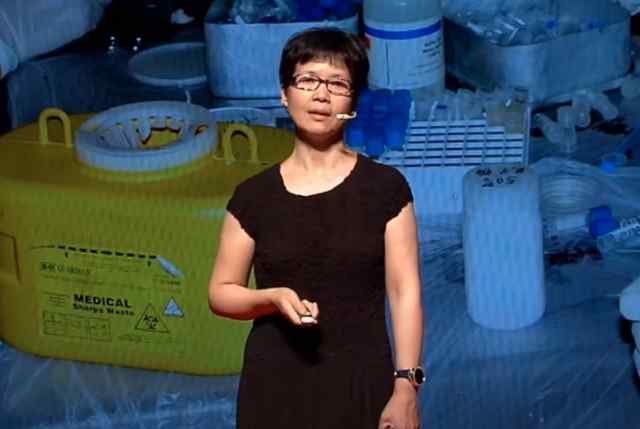 (Gateway Pundit) – We first mentioned China’s Dr. Shi Zhengli weeks ago on April 9th, long before other news publications. About a week after our first post, Dr. Shi’s name was finally breaking into the mainstream media reports. Professor Shi Zhengli was even discussed on Tucker Carlson’s show as well.

Chinese Doctor Shi Zhengli was part of a team that worked on a coronavirus project jointly with US doctors in 2014 before it was shut down by the DHS for being too risky.

After the US research project was shut down, Dr. Shi continued her coronavirus research in Wuhan, China.

Doctor Shi Zhengli from China was part of a team, including Doctor Ralph S. Baric, that published an article in a 2015 edition of Nature Medicine.

In the article they discussed bat coronaviruses that showed potential for human emergence. The article was published in 2015.

This report was published shortly after their project was defunded by the US Department of Health and Human Services (HHS).

The HHS in 2014 sent a letter to the University of North Carolina at Chapel Hill where they announced they were going to defund the program.

Dr. Ralph S. Baric was identified in the letter.

After the work stopped in the US, the Chinese moved forward with the project and ran research and development in Wuhan at the Wuhan Virology Center. From Shi Zhengli’s papers and resume, it is clear that they successfully isolated the virus in the lab and were actively experimenting with species specie transmission.

It’s also important to note that back in 2017 we had solid intelligence about a viral leak in a high security Chinese virology R&D center that resulted in the SARS virus getting out and killing people.

This information provides a basis that contradicts the theory that COVID-19 is a variant that just magically mutated in a bat in the wild and then jumped to a human when they ate bat soup.

Today we have obtained an article from the past where Dr. Shi was interviewed on her work related to the coronavirus that was obtained from bats.

The article was in Chinese but has been translated. In the article from December 2017, Dr Shi was interviewed and shared the following:

Based on Dr. Shi from the Wuhan Institute of Virology, she and her team had collected a large reservoir of viruses and even developed some vaccines for storage.