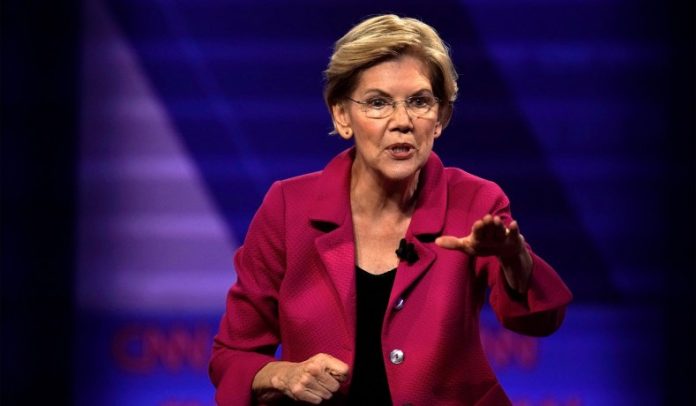 (Gateway Pundit) – Does Elizabeth Warren ever tell the truth?

First she was caught in her decades long deception about being a Native American.

Now she is being called out by her own brother for distorting the truth about their father.

Elizabeth Warren’s Brother Reportedly ‘Furious’ She Claims Their Father Was a Janitor. Massachusetts Senator and Democratic presidential candidate Elizabeth Warren apparently angered her brother by claiming their father worked as a “janitor,” with a family friend saying that the characterization made David Herring “furious.” The Boston Globe published an article this week about Warren’s three older brothers that contained the detail — related by a family friend and not directly contradicted by Warren, who told the paper she didn’t know why the claim would anger her brother: “Families can also disagree on the details of a shared life. According to a family friend, David has disagreed with the way Warren calls herself the daughter of a janitor as she describes the work he found after losing a job as a salesman after his heart attack. “When she called her dad a janitor during the early stages of this, David was furious,” said Pamela Winblood, 78, a longtime friend of David who had fallen out with him and supports Warren’s presidential bid. “He said, ‘My Dad was never a janitor.’ I said, ‘Well, he was a maintenance man.’ ” (In an interview, Warren said she had no idea why that characterization would bother her brother; she has referred to their father as a “maintenance man” in her 2014 autobiography but often as a “janitor” on the campaign trail.)”

Her lying seems pathological at this point:

If her campaign wasn’t already toast, it certainly looks that way now.