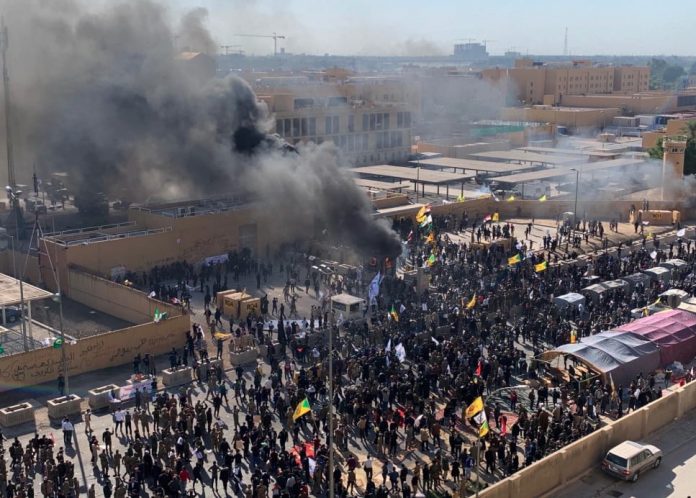 (breitbart) – A Border Patrol intelligence alert warns the situation along the southwest border is expected to worsen as tens of thousands of migrants prepare to move to the United States border from southern Mexico. According to a source within CBP, the report, sent via official email, advises Border Patrol agents that more than 40,000 migrants in southern Mexico may soon head north.

The report, reviewed by Breitbart Texas, indicates more than 30,000 migrants are believed to be staged in the Mexican State of Chiapas along the Mexico/Guatemala border. The destination of these migrants was not revealed in the alert according to a source within U.S. Customs and Border Protection, not authorized to speak to the media.

According to the alert, migrants positioned in Chiapas are currently seeking travel documents from the government of Mexico that will allow them to begin the journey north and legally leave the Mexican border state. Absent the issuance of permits from Mexico’s National Institute of Migration (INM), the migrants will have to travel through the country illegally, risking enforcement action from INM or Mexico’s National Guard.

The same report warns of an additional group of 10,000 to 15,000 migrants in the Mexican state of Oaxaca may already be on the move. More alarming is the information indicating the entire group may be headed directly to Juarez, Chihuahua, directly across from El Paso, Texas. where the agency is struggling to manage migrant crossings at their current level.

Currently, the Border Patrol in El Paso experienced elevated migrant crossings during recent weeks. The surge forced street releases in the downtown area and left hundreds of migrants queued along the banks of the Rio Grande in near-freezing temperatures. Overcrowding at facilities and shelters in the area kept the migrants outdoors waiting for Border Patrol agents to receive and process them as space becomes available.

In El Paso, 7,400 migrants crossed into the border town over the last weekend. An average of more than 2,400 daily migrant crossings in a three-day period has exacerbated overcrowding at Border Patrol processing facilities and non-government shelters forcing some migrants to be released directly onto the city streets.

A migrant crisis dashboard maintained by the city shows the average CBP daily migrant encounters dropped to 2,112 as of press time. The daily migrant releases into the city stand at nearly 1,400 per day. To alleviate the burden on the city, DHS resorted to increased contracted air transport to other border cities. As reported by Breitbart Texas, multiple flights conducted by ICE Air Operations branch moved migrants into Laredo in recent weeks.

According to the source, the additional surge of migrants will further complicate the agency’s ability to deal with an anticipated 16,000 to 18,000 migrants who will cross the border daily once the CDC Title 42 Emergency COVID-19 authority is lifted. The authority to quickly expel migrants from some countries amenable to the rule is set to expire on December 21.