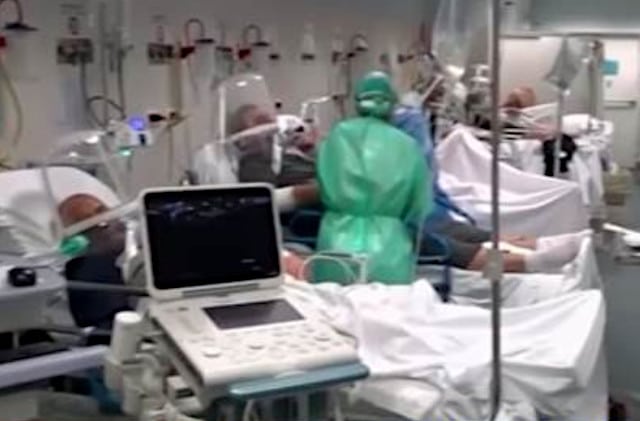 (Gateway Pundit) – This is footage from SKY News on March 22 from Italy.

And here is footage from CBS News during their New York City report on March 25.

The footage matches SKY News video from inside an Italian hospital from Sunday March 22.

CBS News painted a dire picture from New York City this week in their coronavirus coverage.

On Wednesday morning CBS aired this footage from a New York hospital.