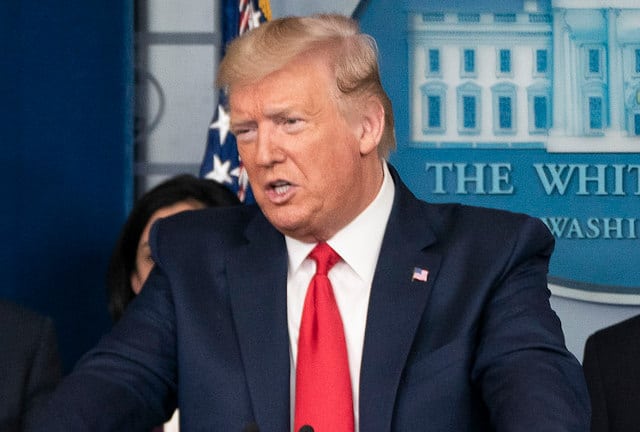 (Gateway Pundit) – President Donald Trump absolutely roasted the media to their faces during his coronavirus press briefing on Wednesday.

After being questioned by CBS News’ Paula Reid about his proposed Easter timeline and his tweet about the “lamestream media,” Trump let her have it.

“The media would like to see me do poorly in the election,” Trump replied.

Moments before the briefing, Trump took to Twitter to blast CNN for their coverage during the pandemic.

“I hear that Fake News CNN just reported that I am isolated in the White House, wondering out loud, “when will life return to normal?” Does anybody really believe that? There was no leak, they made it up – they are CORRUPT & FAKE NEWS….” Trump tweeted. “…I have been packed all day with meetings, I have no time for stupidity. We’re working around the clock to KEEP AMERICA SAFE!”