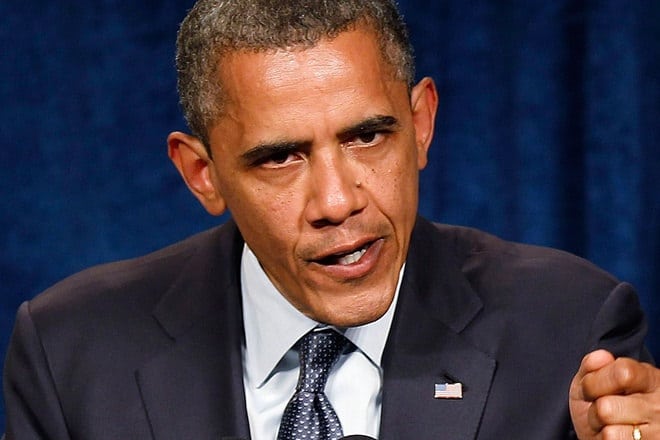 (Gateway Pundit) – Former US Attorney Joe diGenova was again on the Monday morning radio show – Mornings on the Mall and he dropped some shocking statements about former President Obama and his Administration.

This week he was interviewed by Mary Walter and Tony Schaffer, who appeared as a guest host.

Right after the 3:10 mark, diGenova says the following:

When you put together the last 24 hours, the comments by former President Obama, that ‘this is a threat to the rule of law’, which is an utter joke coming out of his mouth. When you put together Mary McCord’s op-ed, and then some of the statements from people associated with Mueller, you realize that the Mueller probe was at the beginning, nothing more than a pretext to get the President impeached. And you realize than anybody in the senior FBI and DOJ levels were in on it, and what’s really fascinating, is when you go back and you look at January 5th, 2017, in the Oval Office, all Intelligence Community leaders, the Vice President [Joe Biden], Sally Yates, Comey, Brennan and Susan Rice – the President of the United States in that meeting, Barack Obama, is discussing the ongoing investigation into the Trump campaign, the inter transition and the Trump Presidency. And, [Obama] says in that meeting, according to Susan Rice, he wants to be kept informed so he can decide whether or not they are going to withhold classified information from the incoming administration involving Russia. That is sedition. That is beyond anything we ever heard about a President leaving office, doing this to his successor. What Obama did in that office was sedition on that day.

President Obama’s hands are dirty. They are beyond dirty. He has judicial blood on his hands. He is responsible for this injustice. He could have stopped it. He could have said, ‘what are you idiots doing. This is against the duly elected President of the United States, Donald Trump. Why are you doing this?’ He didn’t he encouraged it. And he had the brazen, talk about a brazen plot. How brazen they are sitting in the Oval Office on January 5th and saying they might not share intelligence with the incoming administration. And you know what that means? That means they didn’t want to give it to General Flynn…

People forget, because the MSM will not cover the FISA Court decision that two Chief Justices of the FISA Court, Collyer and Boasberg, have written multiple opinions, scathing opinions, accusing the Obama FBI and Justice Department of violating the constitutional privacy of American citizens by unmasking and leaking that information to the press.

Obama and his gang were the most corrupt group in US history.