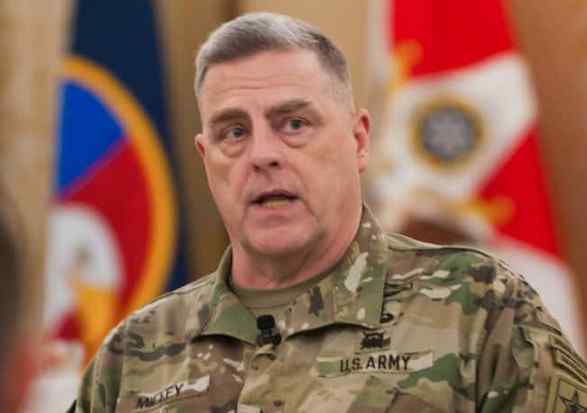 During his speech Milley apologized for joining US President Trump and walking over to St. John’s Church the day after it was torched by violent leftist protesters.

General Milley told the graduates this was a “political event” and he should not have stood with the President.

Leftist looters and rioters defaced the Korean War Memorial, the Lincoln Memorial and torched St. John’s Church during their rioting and Milley believes standing with the US President was a “political event.”

This guy should be fired today.

He went on to say that his decision to be photographed walking across Lafayette Square last Monday with the president was a quote “mistake.” He went on to apologize saying the military must remain apolitical… “As senior leaders everything you do will be closely watched and I am not immune. As many of you saw the result of that photograph of me at Lafayette Square last week that sparked a debate of the role of the military in civil society. I should not have been there. My presence in that moment and that environment created a perception of the military involved in domestic politics.”

Standing for law and order is “political?”

What a complete wimp.