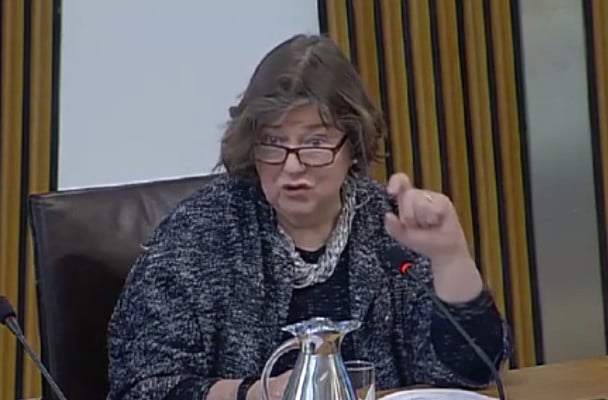 (Gateway Pundit) – Ya know all that talk about death panels and health care rationing and whatnot? Well here we have a Scottish official talking how the coronavirus will be “quite useful” in taking bed blockers out of the system. Or in other words, she’s talking about how great it will be to get rid of older people who are taking up beds in hospitals.

June Andrews is a professor in dementia studies, and served for years as the Director of the Centre for Change and Innovation for the Scottish government. She’s been praised in the past, winning awards and being recognized as one of the country’s foremost health experts.

But now she’s stepped in it by saying “If you’re on the board of a care home company, a pandemic is one of things you think about as a potential damage to your business because of the number of older people it’s going to take out of the system. Curiously, ripping off the sticking plaster, in a hospital that has 92 delayed discharges, a pandemic would be quite useful because your hospital would work because these people would be taken out of the system.”

As if that’s not enough, “Professor” Andrews has been doubling down on her sentiments, as the Telegraph reports:

But Prof Andrews told BBC Radio Scotland her remarks were “not callous” but “actually truthful” and argued that NHS workers were “on their knees.” Although she said she was “really sorry this has upset people”, she insisted: “I am a friend to older people and have worked for their rights and to take care of them all my professional life.” “I was asking the question about what the politicians expect to happen. Do they expect the old people to just disappear? Instead they should work on a strategy to care for them as they deserve,” she said. But Brian Sloan, Age Scotland’s chief executive, said: “The sweeping suggestion that the deaths of vulnerable, older people would be convenient because it would make life easier for hospitals is breathtakingly callous. “It only serves to exploit the situation the nation faces with coronavirus outbreak and is wholly unwelcome.” He added: “These people’ she casts aside are mothers, brothers, grandparents and friends. Imagine if it was you or someone close to you in this position.”

Scotland is part of the UK’s single payer National Health System that Bernie and other wacked out democrats have praised in the past.