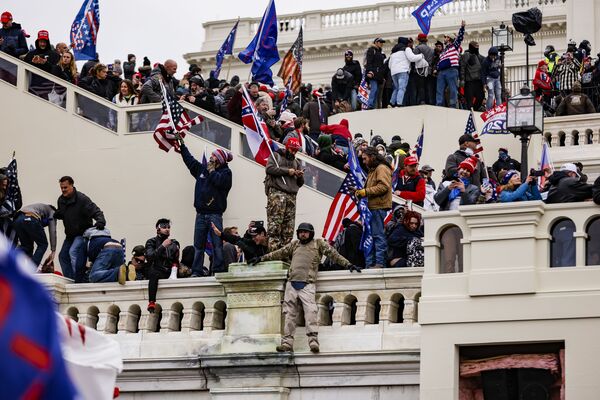 (breitbart) – A comprehensive study by Harvard University of the motivations of those who participated in the January 6, 2021 riot at the U.S. Capitol found that only 8% wanted to start an insurrection or civil war — contrary to claims by the January 6 Committee.

In the most comprehensive study to date of what motivated the Trump supporters to attack the Capitol, Shorenstein Center researchers found that 20.6 percent of the rioters, a plurality, were motivated to take part in the riot because they supported Trump. Another 20.6 percent of the rioters cited Trump’s fraudulent claims that the 2020 presidential election was rigged as their primary reason for participating in the Jan. 6 riot.

The third most common reason for attacking the Capitol: a desire to start a civil war or an armed revolution, according to the study. Almost 8 percent of defendants indicated it was their main motivation.

In an interview, Fagan said she was surprised by how frequently support for Trump and concerns about the election were cited as primary motivations for joining the Jan. 6 attack on the Capitol.

As constitutional law scholar Jonathan Turley has pointed out, the study suggests that many of the participants in the riot believed — rightly or wrongly — that they were defending democracy, not trying to overthrow it:

The study found that a plurality of the 417 federally charged defendants were motivated by the “lies about election fraud and enthusiasm for his re-election.” It concluded that “[t]he documents show that Trump and his allies convinced an unquantifiable number of Americans that representative democracy in the United States was not only in decline, but in imminent, existential danger.”

The study also found that belief in QAnon “was one of the [defendants’] lesser motives.” The study was hardly pro-Trump and one author even expressed surprise with the results since conspiracy theories “were so prominently displayed in much of the [riot’s] visual imagery.”

Once again, none of this exonerates or excuses those who rioted on January 6th or those who fueled the riot. However, the use of “insurrection” by the politicians, pundits, and the press is not an accurate characterization of the motivation of most of the people who went to the Capitol on that day. It was clear that this was a protest that became a riot.

Several members of the January 6 Committee, including chairman Rep. Bennie Thompson (D-MS), have in the past objected to the certification of presidential elections when Republicans have won, claiming irregularities with voting machines or foreign interference.