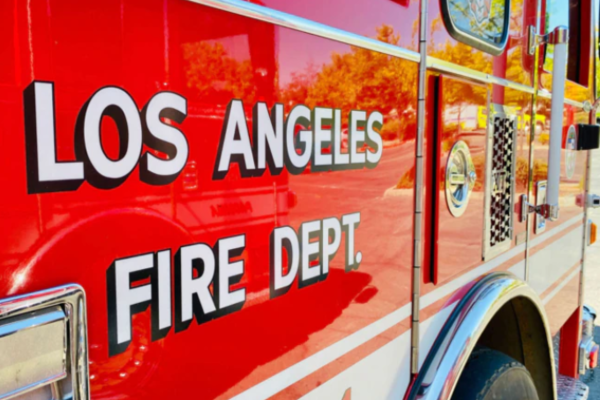 (bigleaguepolitics) – A Los Angeles firefighter is under investigation after being accused of dropping his pants and wiping his naked rear-end with an order written in an attempt to force compliance with the city’s COVID-19 shot mandate, the Los Angeles Times reported.

The situation underscores the deep resistance among certain Fire Department employees over the city’s command that they obey their order to be inoculated with the experimental jab.

LAFD spokeswoman Cheryl Getuiza claimed the incident occurred on Nov. 18. “The department is aware of the seriousness of the allegations and took immediate action upon learning of this incident,” she reportedly said.

Getuiza said the firefighter is on paid administrative leave and “will face the consequences of any inappropriate acts.”

The incident was apparently highly offensive to many, causing various groups & individuals involved to clutch their pearls in horror. One such group was the Stentorians of Los Angeles City, who represent African American firefighters in Los Angeles.

“The LA City Stentorians are sickened and disgusted by this horrific display of unprofessionalism,” the Stentorians’ statement said. “To date, we have not heard from anyone from the LAFD administration condemning this act of blatant disrespect and harassment.”

The group urged the mayor, City Council, and fire commission “to take swift and immediate action to deter any city employee from feeling entitled and not encouraged but empowered to behave in such an embarrassing and threatening manner.”

“I am beyond appalled at such an act by an LAFD firefighter,” said Jimmie Woods-Gray, president of the Fire Commission, on Wednesday. She said “strong corrective action is necessary.”

Getuiza said in a statement Friday that the department is “aware of an incident where a member responded inappropriately to a hand delivered letter to comply.”

The LAFD Spokeswoman showed no signs of letting go of the draconian mandate.

“No matter how our members react, all city employees must abide by the city ordinance — either file for an exemption, get vaccinated, or face termination,” Getuiza said.

Big League Politics has covered other incidents involving forced inoculation on city workers by government bureaucrats, including the recent closing of 26 firehouses in New York City likely caused by mass firings of firefighters who refuse to take the COVID-19 jab.