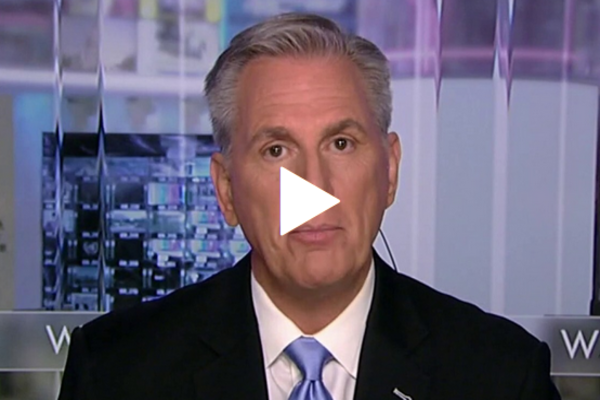 (breitbart) – House Republican Leader Kevin McCarthy said Saturday on FNC’s “One Nation” that he will bring the 51 intel agents that signed a letter that said the Hunter Biden information was Russia collusion to testify at a congressional hearing.

Host Brian Kilmeade asked, “We saw the revelations coming out of Twitter as Elon Musk is unmasking the corruption that existed there and the denials that they testified about. So for you personally you have another move you want to make. Not only do we want to hear from the former executives of Twitter and the other entities, but you have something else you want to say.”

McCarthy said, Yeah, I do. This is egregious what we are finding. They should not have section 230 to start out with, but we also have to go further. What did Facebook and Google do as well because they became an arm of the Democratic Party and an arm of government.”

He continued, “Those 51 intel agents that signed a letter that said the Hunter Biden information was all wrong — was Russia collusion — many of them have a security clearance. We are going to bring them before committee. I’m going to have them have a hearing. Why did they sign it? Why did they lie to the American public? A Clapper, a Brennan? Why did you use the reputation that America was able to give to you more information, but use it for a political purpose and lie to the American public?”

In 2018 and 2020, Breitbart Senior Contributor and Government Accountability Institute President Peter Schweizer published Secret Empires and Profiles in Corruption. Each book hit #1 on the New York Times bestseller list and exposed how Hunter Biden and Joe Biden flew aboard Air Force Two in 2013 to China before Hunter’s firm inked a $1.5 billion deal with a subsidiary of the Chinese government’s Bank of China less than two weeks after the trip. Schweizer’s work also uncovered the Biden family’s other vast and lucrative foreign deals and cronyism. Breitbart Political Editor Emma-Jo Morris’ investigative work at the New York Post on the Hunter Biden “laptop from hell” also captured international headlines when she, along with Miranda Devine, revealed that Joe Biden was intimately involved in Hunter’s businesses, appearing to even have a 10 percent stake in a company the scion formed with officials at the highest levels of the Chinese Communist Party.