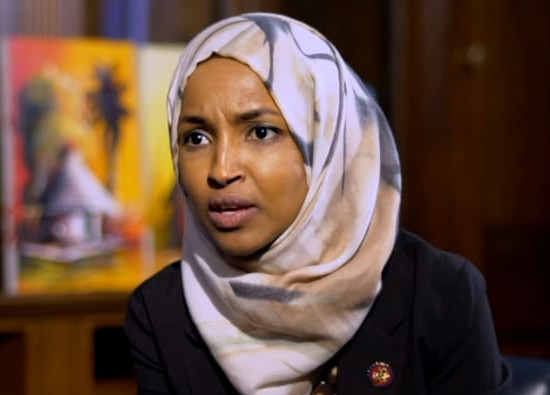 (Gateway Pundit) – Abdi Nur is a Somali American reporter in the Twin Cities. In 2016 Nur started reporting on Ilhan Omar and her controversial past. David Steinberg and Scott Johnson at Powerline both used Abdi as a source for their reports on Ilhan Omar.

Last week The Daily Mail reported on Ilhan Omar’s marriage to her brother Ahmed Elmi. Abdi Nur was their source.

On Wednesday Abdi Nur posted his concerns for his safety on Facebook.

Nur is convinced if something happens to him it will lead back to Ilhan Omar.

My name is Abdihakin Osman Nur and I live in Minneapolis Minnesota. I am an American citizen. I am the person who spoke to the media and said that Ilhan Omar married her brother and made legal papers for him to stay in America, I confirmed that the marriage was fraudulent and that I was personally aware since I was a close friend and neighbor to both Ahmed Hirsi and Ilhan Omar. It is also an open secret in the Minnesota somali community but everyone is afraid of problems from supporters of Ilhan Omar some of whom have felony criminal records. This issues started in August of 2016 and the first media person whom I spoke to was Scott Johnson who writes for Power line blog. I shared his posts on my Facebook and I was met with vicious online harassment and threats including insulting me for being in a wheelchair and insults to my person as a disabled man. They caricatured me as wearing diapers. I finally decided to put them on all the things that they were doing in suppressing the information through intimidation and threats and so I told the writer of daily mail to put it on the record.

Since that day I have received veiled threats about my safety, insults online and threats of a set up in which to have me locked up. I have had fake complaints to try and shut my Facebook down. They have also told a media personality on YouTube to threaten me and she did so live on a YouTube video. I would like to inform the public and the government of the USA. If anything were to happen to me and my safety that Ilhan Omar and her team will be responsible. I also ask for the support of the American people in case I’m set up or something happens to me because I have talked. Thanks for your help and understanding. Abdihakin Osman Nur my Facebook name XERTA SHEKH MY TWITTER XERTA SHEKH