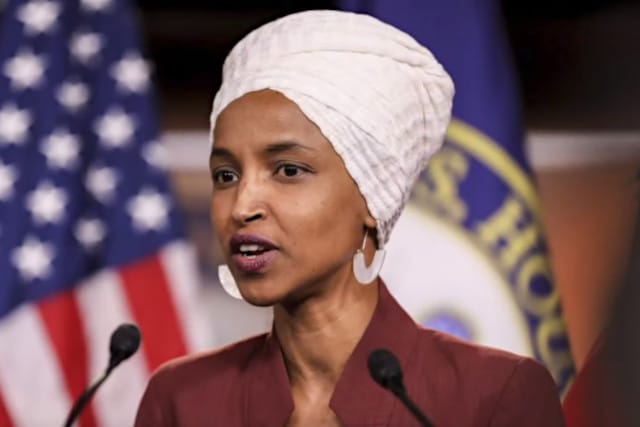 “Believing survivors is consistent with my values,” Omar wrote on social media. “Yes, I endorsed against Biden and I didn’t pick him as our nominee. With that said, in this interview I did on May 6th, we talked about that and quotes aren’t always in context. I will vote for him and help him defeat Trump.”

Omar’s recommitment to Biden’s candidacy comes one day after Britain’s Sunday Times published an interview with the freshman congresswoman, in which she said she believes Biden sexually assaulted Tara Reade in 1993.

“I do believe Reade,” the Minnesota Democrat told the newspaper. “Justice can be delayed, but should never be denied.”

“There have been investigative journalists that have corroborated certain aspects of her account — that is undeniable — [and] have raised questions about other aspects of her account,” Ocasio-Cortez said in an interview with NPR. “I’m not sure. Frankly, this is a messy moment, and I think we need to acknowledge that — that it is not clear-cut.”

Both Omar and Ocasio-Cortez were among Capitol Hill’s most ardent supporters of Sen. Bernie Sanders’ (I-VT) failed White House bid.

“I recognize my responsibility to be a voice, an advocate, and a leader for the change in culture that has begun but is nowhere near finished,” Biden wrote in a Medium post. “So I want to address allegations by a former staffer that I engaged in misconduct 27 years ago. They aren’t true. This never happened.”

He has called for a thorough investigation of Reade’s allegation but refuses to open up his Senate papers to independent review.