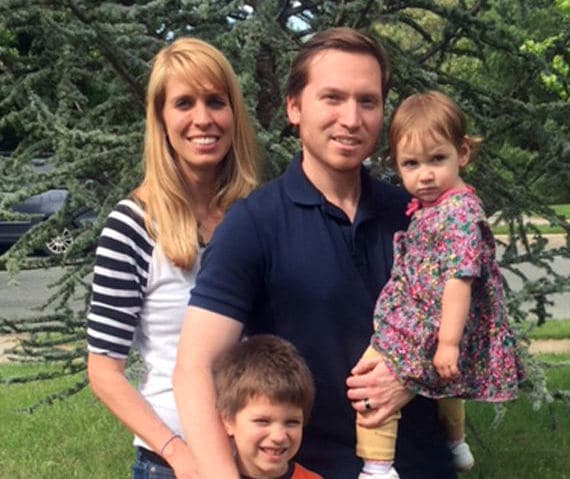 (Breitbart) – An illegal alien fined $280 for leaving two law enforcement officers dead after a negligent driving accident has since been driving freely in the United States, an investigation by the Immigration Reform Law Institute (IRLI) finds.

Roberto Garza Palacios, a 28-year-old illegal alien from Guatemala, was given a slap on the wrist after he caused a car crash in December 2017 that immediately killed 33-year-old Sander Cohen, the Maryland State Fire Marshal’s Office deputy chief, and later left FBI agent Carlos Wolff, 36-years-old, dead at a nearby hospital.

Palacios received a $280 fine for the deadly car crash, with prosecutors saying that the illegal alien’s killing of Cohen and Wolff did not constitute a “reckless disregard” for life.

An investigation by IRLI reveals that since Cohen and Wolff’s deaths, Palacios has remained in the U.S. and has been driving freely with a driver’s license:

IRLI has learned that after the deaths on I-270, Palacios faced a $30,000 bail that the judge in the case reduced to $15,000. The bail, legal fees and fine for Palacios were reportedly paid by CASA (formerly Casa de Maryland), an activist group that administers day-labor centers in the state and advocates for those in the country illegally.

IRLI’s investigation showed that instead of being deported or at least having his driving privileges revoked after the deaths of Wolff and Cohen, Palacios continued living in the United States and driving. Documents obtained by IRLI show that Palacios was cited in September of last year in Carroll County, Md., on four alleged violations including negligent driving, failure to obey traffic control devices, failure to drive on the right half of the roadway, and failure to remain at the scene of an accident. After he was released by police in Carroll County, Palacios was arrested by ICE agents and is currently being held at the nearby Howard County Detention Center awaiting possible deportation.

“It is incomprehensible and unacceptable that Maryland’s sanctuary policies continue to protect illegal criminals, which in effect destroys the lives of U.S. citizens,” Carlos Wolff’s wife and mother of their two young children, Marla Wolff, said in a statement. She went on to say:

Had Montgomery County honored ICE’s detainer request, Palacios would have never been on the road to kill Carlos and Sander. This is a nightmare that we now have to live with. How many more families have to suffer unnecessarily because of politicians who put in place reckless laws? And now politicians want to make all of Maryland a sanctuary state; this is an outrage.

The IRLI investigation also discovered that Palacios has been arrested for drug possession, malicious burning, drunk driving, and destruction of private property.