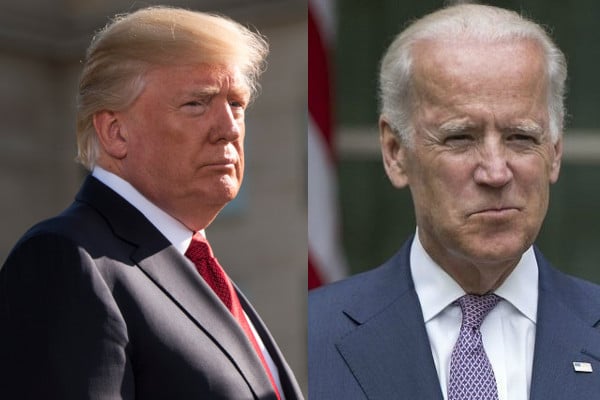 (Breitbart) – During an interview broadcast on Monday’s edition of “CNN Tonight,” 2020 Democratic presidential candidate former Vice President Joe Biden stated that President Trump “is obsessed with me, and he should be, with good reason. Because I will beat him.”

Biden said, “Look, he’s deathly afraid to face me. Have you ever — you can’t answer it I know, but rhetorical question, have you ever seen a sitting president spend as much time, money, and effort, including risking being impeached and thrown out of office to decide to eliminate one of his potential opponents in a primary — I mean, that are running in a primary for the general election?

This guy is obsessed with me, and he should be, with good reason. Because I will beat him.”

Former Vice President Joe Biden announced Tuesday morning, in the midst of voting in the New Hampshire primary, that he is leaving the state, skipping his “victory” party.

Instead, Biden said, he would go on to campaign in South Carolina, where he hopes to win the state.

He is battling Sen. Elizabeth Warren (D-MA) for fourth place, and could even finish sixth if one of the second-tier campaigns takes advantage of his weakness to turn out their voters.

The former vice president signaled to supporters Friday that he did not expect to win — or even do well — in the state, when he declared during the Democrat debate that he expected to “take a hit” here.

Making matters worse, on Sunday he called a voter at a town hall meeting a “lying, dog-faced pony soldier.”

Supporters believe he will do better in the more diverse states of Nevada and South Carolina. However, Biden did not want to face the spectacle of a crushing loss in New Hampshire in person. The victory party will still be held, but he will address supporters remotely, according to a campaign statement.