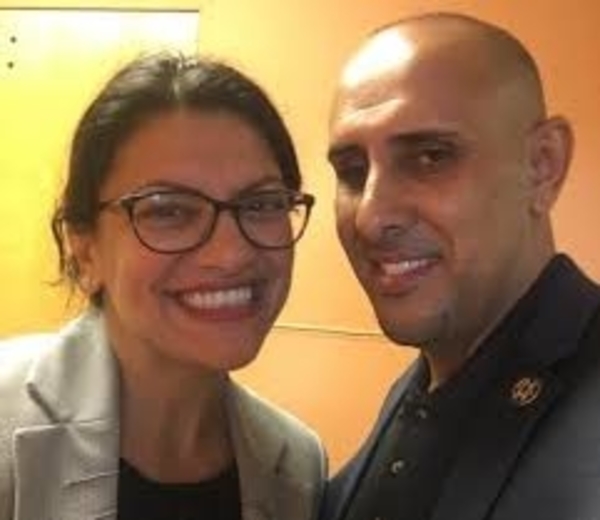 (Big League Politics) – Ibrahim Aljahim, a 37-year-old Muslim immigrant from Yemen, was charged by the Wayne County Prosecutor’s Office for allegedly raping a disabled teenager outside of a high school in September.

Aljahim is being charged on two counts of criminal sexual conduct in the first degree after he allegedly participated in oral sex with an 18-year-old disabled student. Aljahim was a school employee who reportedly used his position of authority to coerce the disabled man into these illicit homosexual actions.

The student testified in court last week about his alleged abuse. The student claims that he and Aljahim performed oral sex on each other outside of Oakland International Academy’s high school in Hamtramack, MI. Aljahim is vehemently denying the charges and maintains his innocence.

Aljahim is a well-known Democratic Party activist in the state who regularly hobknobs with the liberal elite. He has been seen in photographs next to failed presidential candidate Hillary Clinton, House Majority Speaker Nancy Pelosi, Detroit Mayor Mike Duggan, Gov. Gretchen Whitmer, Congressman Debbie Dingell, Congresswoman Andy Levin, and many others.

He recently campaigned on behalf of Sen. Bernie Sanders (I-VT) during his recent appearance in Hamtramck. Aljahim is also a strong supporter of Rep. Rashida Tlaib (D-MI), the socialist far-left Muslim who leads the charge to impeach President Donald Trump. Both Aljahim and Tlaib support Sanders, as Tlaib was recently seen endorsing Sanders for President at a campaign rally in Detroit.

The foul-mouthed Congresswoman shilled hard for Sanders less than two weeks ago:

Rep. Rashida Tlaib (D-MI) has joined her colleagues in the far-left Congressional ‘Squad’ of diverse freshmen legislators, and endorsed the presidential campaign of Sen. Bernie Sanders (I-VT) at an event in Detroit on Sunday evening.

“We deserve someone who wrote the damn bill,” Tlaib said to the crowd, referring to a popularized debate quote from the Vermont socialist regarding universal healthcare. “We deserve Bernie Sanders.”

“It always seems it is impossible until it is done,” Sanders said at the rally. “Don’t believe anyone that tells you that moving towards a society of justice is impossible.”

Tlaib and Aljahim are two prime examples of how diversity is enriching the Detroit community. Judge Alexis Krot, the judge presiding over the Aljahim’s case, admitted in court that Aljahim helped her get elected to the bench – showing the extent of Aljahim’s reach as a Democratic operative.

“I had an election last year, he helped me … I want everyone to note that,” Krot said.

It remains to be seen if there will be a fair trial or if Democrat justice will reign as it so often does in crime-ridden slums like Detroit.